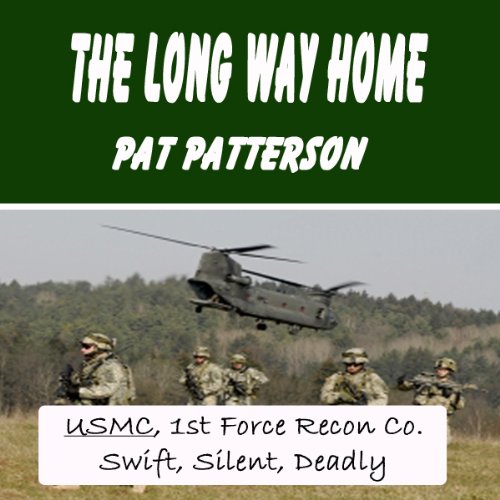 During his tour of duty in Vietnam, Billy (Georgia Boy) Ricks becomes an American hero. Not only does he save his Recon Marine squad from annihilation, but later Billy saves his lieutenant from an attack by a disgruntled Black soldier in the aftermath of the Martin Luther King murder. When he returns to his family, however, Billy is not met with yellow ribbons tied around oak trees, but the harsh reality of unemployment. As he fights to overcome the ill effects of PTDS and a stigmatized war, his life becomes a roller coaster ride until a chance encounter with the lieutenant.

I love this story!

If you could sum up The Long Way Home in three words, what would they be?

Well written and well read by the author. Looking for more from this author!

A tragic story that ends well.