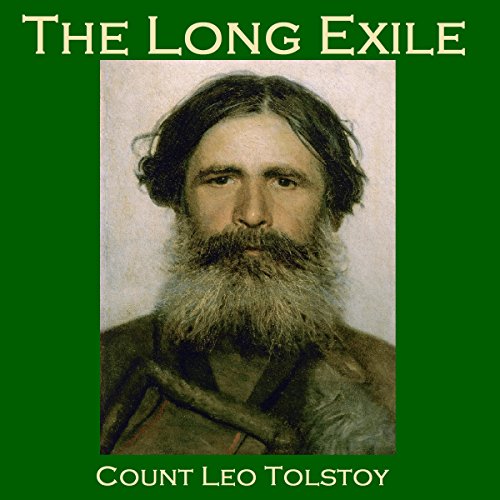 By: Count Leo Tolstoy
Narrated by: Cathy Dobson
Try for $0.00

Leo Tolstoy is widely recognized as one of the world's greatest novelists and short story writers and a master of realistic fiction.

He is equally known for his complex and paradoxical persona and for his extreme moralistic and ascetic views, developed following a moral crisis and spiritual awakening in the 1870s, after which he also became known for his deep moral thinking and social reforms.

In "The Long Exile", Tolstoy tells the story of a man who is imprisoned for a crime he did not commit, but who gradually becomes aware that the experience has been sent to bring him closer to God and prepare him for the next life. After 26 years in prison, a crisis occurs. A new convict arrives, who turns out to be the real perpetrator of the crime for which our prisoner was wrongly convicted. Moreover, our prisoner has an opportunity to have his nemesis punished. This moral dilemma is the axis on which the story turns.

What listeners say about The Long Exile