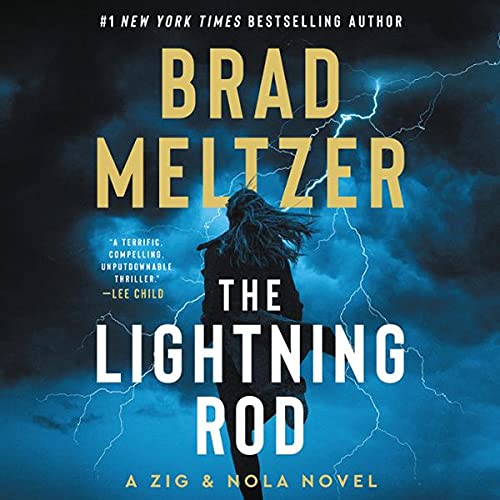 By: Brad Meltzer
Narrated by: Scott Brick
Pre-order: Try for $0.00

When a lieutenant colonel is shot and killed outside his suburban home in an apparent attempted robbery, mortician Jim “Zig” Zigarowski is called in to work on the body. But Zig soon realizes more than one thing isn’t quite right - the man suffered unusual injuries, and the funeral security guards are carrying submachine guns. What exactly was the lt. colonel involved in, and was robbery the real motive for the attack? More importantly, what is Sergeant First Class Nola Brown, a military artist, doing sneaking around at his funeral? Zig is shocked to see her - in fact, he hasn’t seen her in two years, not since the night she saved his life.

Zig owes a lot to Nola and will do anything to help her if she’s in trouble, but she disappears before he can talk to her. Nola’s not the only unexpected funeral guest though - her twin brother makes a surprise appearance, too. He’s also intent on finding Nola, but why? And can he be trusted?

Meanwhile, Nola is on a quest of her own to find out who and what is behind the lt. colonel’s murder. He was part of a special forces unit she worked with on her first assignment years ago, and in the past week, two people from that unit have turned up dead. Now, Nola is determined to track down whoever is hunting them - and woe to anyone who tries to stand in her way.

What listeners say about The Lightning Rod