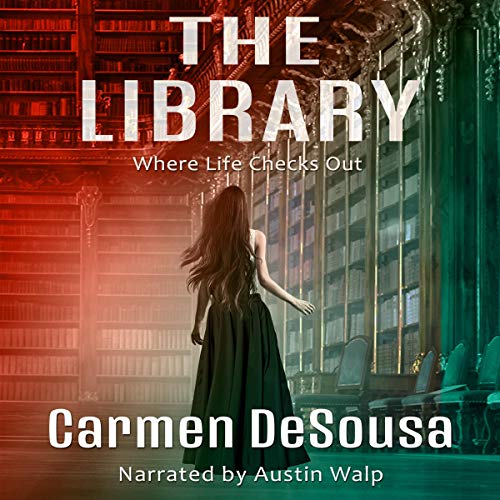 The Library: Where Life Checks Out

By: Carmen DeSousa
Narrated by: Austin Walp
Try for $0.00

In 1934, the body of a beautiful but poor young woman was found alongside a riverbank near The Depot. Beaten to a pulp, only recognizable by a tattoo on her ankle, and yet, days after the discovery, the story all but disappears.

As he sifts through evidence of a supposed suicide by train, he learns a murder that took place 80 years ago may directly affect his case.

Six months after the strange occurrences at The Depot, there’s another murder. This time, The Library holds secrets of several murders, and the dead won’t rest until the murderer checks out, too.

What listeners say about The Library: Where Life Checks Out

Definitely a twisted mystery! I enjoyed trying to figure out who did it, and loved the surprises along the way.

The narrator did a great job too. Very engaging.

The body found on library grounds opens up cases from three generations ago. An apparent suicide a few days before points to the vengeful ghost that ties all the deaths together. This is great police procedural with a touch of the paranormal.