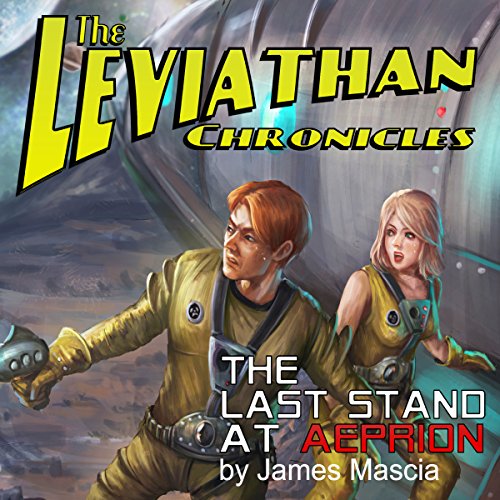 The Leviathan Chronicles: The Last Stand at Aeprion

By: James Mascia
Narrated by: Commodore James
Try for $0.00

Still reeling from his wife's murder, Joel tries to escape the alien hunter and fulfill a promise he made to her. Years of searching for the fabled planet Aeprion have left the space-freighter captain torn between giving up the search or giving himself up to Kraxem, the alien hunter.

When Kraxem and his minions attack Joel's ship again, he is forced into the nebula, where he'll have to do repairs. Once there, his thoughts revert back to the final day of Kate's life and the promises that were made. Learning to come to terms with her loss and release the guilt that he feels will be a hard battle to fight, but giving up will prove to be even more difficult and, perhaps, deadly.

Steeling his resolve to forge on, Joel vows to find the fabled living planet before guilt devours his soul.

What listeners say about The Leviathan Chronicles: The Last Stand at Aeprion