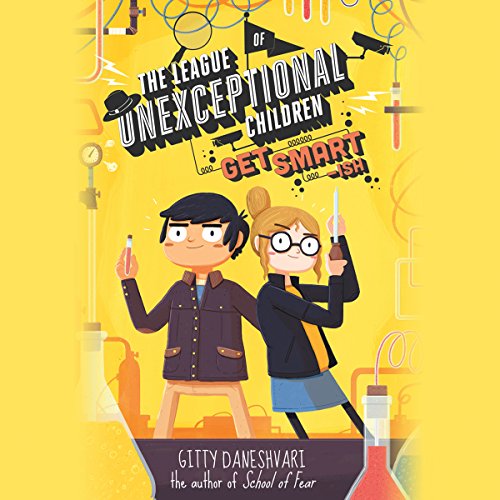 The League of Unexceptional Children: Get Smart-ish

By: Gitty Daneshvari
Narrated by: Amanda Philipson
Try for $0.00

A hilarious and action-packed sequel to The League of Unexceptional Children!

Jonathan Murray: 12 years old. Wears khaki pants to tell the world he plans on driving the speed limit when he grows up. Saved the world once; it was probably a fluke.

Shelley Brown: 12 years old. Narrates her imaginary exploits as if she is the subject of a documentary film. Saved the world once; it was probably a fluke.

The prime minister of the United Kingdom has called upon Jonathan and Shelley to catch a criminal who has stolen a virus that makes people less smart. When the stakes are this high, can the kids be the utterly average spies the world needs them to be and save the day?

Embrace your unexceptional side in this hysterically funny sequel!

What listeners say about The League of Unexceptional Children: Get Smart-ish