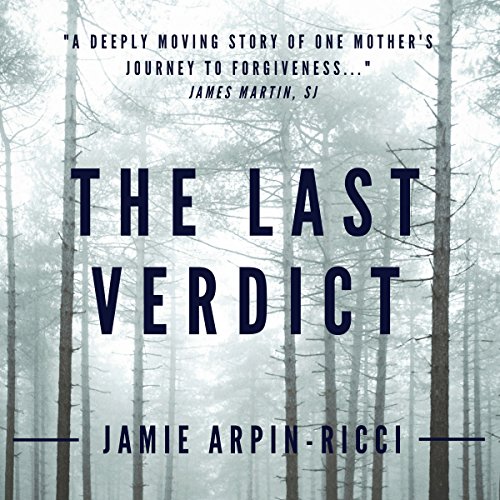 By: Jamie Arpin-Ricci
Narrated by: Patricia Santomasso
Try for $0.00

This is the story of the ones left behind....

Alice Goodman lost her daughter to a brutal murder. She’s fought tirelessly for two decades to see justice served, and the day has finally arrived. After 20 years of anguish and struggle, the much-delayed execution will finally take place. Can Alice find the peace that has long eluded her?

Lori Williams knows beyond a doubt that her son isn’t capable of murder. She’s confronted challenge after challenge to find out the truth. But after decades of fighting for justice, Lori is at the end of the line. Will her quest for truth be enough to save her son?

In a style that is equal parts John Grisham and Jodi Picoult, The Last Verdict is a moving story about two strong women who suffer unimaginable loss in pursuit of justice and how their paths come together in the most unexpected way. Praised by best-selling authors and Hollywood stars, this is a novel that will change the way you see the world.

What listeners say about The Last Verdict

I read Jamie Arpin-Ricci's novella some time ago. In it, he tells the story of two moms. One the mom of a murder victim, the other the mother of the man convicted for her death. The book opens with his execution. It tells of both women's hunger for justice and struggle to move past the tragedy that gripped both their lives. It is the sort of book you read in one sitting. It's short. But also compelling and gripping and rooted in Arpin-Ricci's own advocacy work for ending the death penalty.

Listening to Patricia Santomasso's narration is every bit as engrossing as the novel itself. She is utterly convincing as the novel's narrative voice (both women in turn). This book will hit you right in the feels and has a larger afterward than the print edition I have on kindle (including an interview with a mother of a man executed on death row.