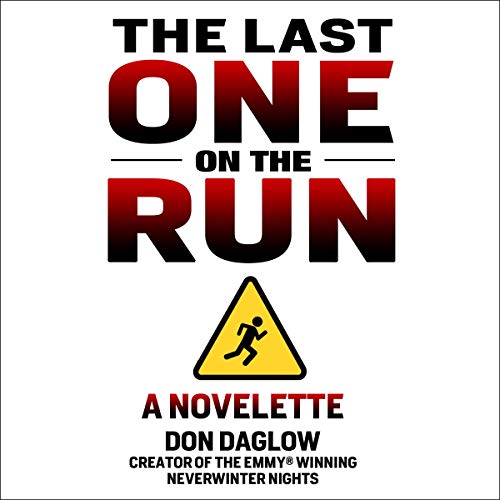 The Last One on the Run

A Novelette from the Author of the 4x-Gold Medal Mystery Novel The Fog Seller
By: Don Daglow
Narrated by: David Stifel
Length: 1 hr and 52 mins
Categories: Sci-Fi & Fantasy, Fantasy: Contemporary

The Last One on the Run

Is he a hero standing up for noble principles, or just a washed-up troublemaker?

(Note: A novelette is a short listen, typically 10-30 percent of the length of a modern novel.)

"I know that good and evil walk hand-in-hand. Kindness and cruelty arrive on the same plane. The spirit that helps one person haunts another. But when evil, cruelty and horror take all the seats at the table, what can one person do?"

Government has gotten serious about helping the homeless.

No fault, no blame.

No warrants, no arrests, no criminal records.

One man refuses to go. He's a unique guy, his life filled with major triumphs and gut-wrenching tragedies.

He’s determined to stop an ambitious governor and avenge the death of a young friend.

To some, he’s a courageous hero, standing up for noble principles. To others he’s just another washed-up troublemaker.

But until they catch him, he's the last one on the run.

In addition to receiving the Emmy Award for creating Neverwinter Nights and winning a National Endowment for the Arts New Voices writing competition, Don Daglow's work has appeared in The Magazine of Fantasy and Science Fiction.