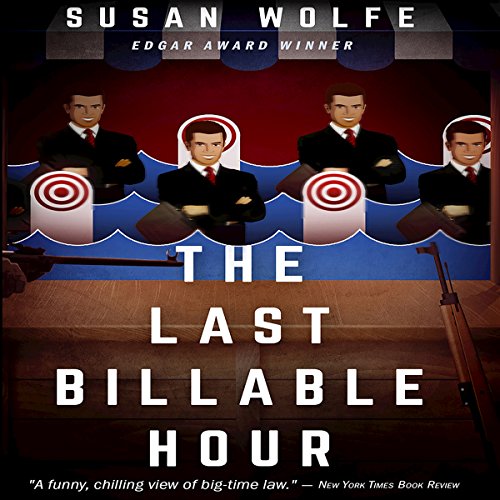 Welcome to the Silicon Valley law firm of Tweedmore & Slyde, where multi-million-dollar deals are the order of the day, ambition runs high, and stabbing a colleague in the back could be taken all too literally.

T&S is a hot firm making a bid to be a major national player when Leo Slyde, the company's chief rainmaker, its king of the billable hour, is found stabbed to death in his corner office. It falls to T&S's brightest, most unjustifiably insecure young associate Howard Rickover to conduct a risky inside job for homicide detective Sarah Nelson. Can Howard flush out a wily murderer among lawyers who do not make it their practice to be caught unprepared and still keep up with an associate's impossible workload?

"Susan Wolfe is at her best depicting - and spoofing - the glitzy law firm scene. A lawyer herself, she serves her damages with skill and obvious glee." (The New York Times Book Review)

"A world of captivating corruption.... With a delicate blend of malice, suspense and sharp psychology, Wolfe winds up her story with a scene that explodes a number of myths." (San Francisco Chronicle)

What listeners say about The Last Billable Hour

Written in 1989, this novel is a marvelous find