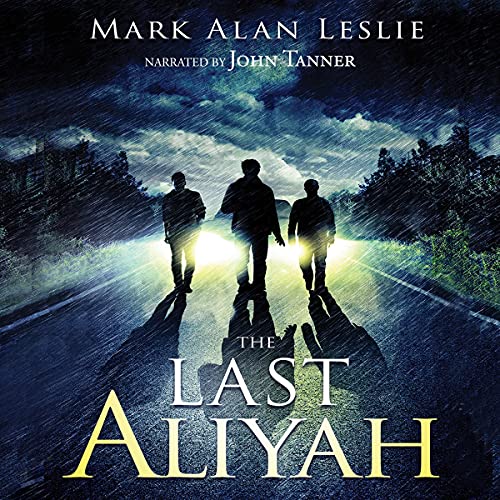 By: Mark Alan Leslie
Narrated by: John Tanner
Try for $0.00

At a time when most of the world continually bashes the tiny nation-state of Israel comes The Last Aliyah, an epic novel about the Jews’ escape to their homeland.

When the United Nations bans Jewish emigration to Israel and the US Senate acquiesces, leading nuclear fusion and a cloaking-technology, scientists join in a daring escape plan. Will a modern-day Underground Railroad be able to get them out of the country while Homeland Security forces hone in on them?

Riveting with tension, The Last Aliyah takes us to that place few want to go: What will happen to America when it “curses” the apple of God’s eye, the Jews?

Pick up this prophetic thriller, and you won’t put it down until you’re finished, and maybe not before the plot actually happens in real life.

What listeners say about The Last Aliyah