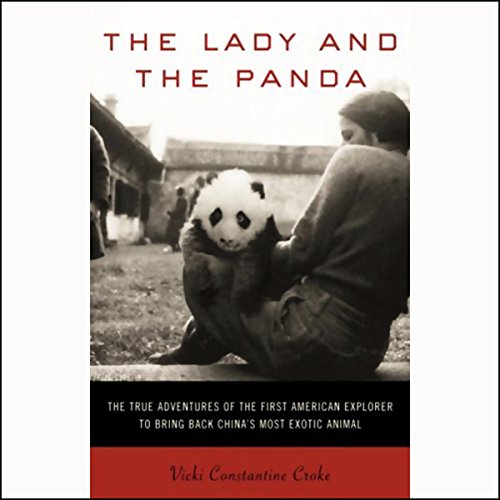 The Lady and the Panda

Ruth Harkness was the toast of 1930s New York, a dress designer newly married to a wealthy adventurer, Bill Harkness. Just weeks after their wedding, however, Bill decamped for China in hopes of becoming the first Westerner to capture a giant panda, an expedition on which many had embarked and failed miserably. Bill was also to fail in his quest, dying horribly alone in China and leaving his widow heartbroken and adrift. And so Ruth made the fateful decision to adopt her husband's dream as her own and set off on the adventure of a lifetime.

Traveling across some of the toughest terrain in the world, the voyage took months to complete and cost Ruth everything she had. But when, almost miraculously, she returned from her journey with a baby panda named Su Lin in her arms, the story became an international sensation and made the front pages of newspapers around the world.

Drawing extensively on American and Chinese sources, including diaries, scores of interviews, and previously unseen intimate letters from Ruth Harkness, Vicki Constantine Croke has fashioned a captivating and richly textured narrative about a woman ahead of her time. Part Myrna Loy, part Jane Goodall, Ruth Harkness is a trailblazing figure. And her story makes for an unforgettable, deeply moving adventure.

"Croke has created an exciting tale, full of the color and spectacle of a lost, exotic era and place." (Booklist)
"Gripping....In dusting off this exciting tale, Constantine Croke returns Harkness to her rightful place in the top rank of zoological explorers." (Publishers Weekly)

What listeners say about The Lady and the Panda

A surprising slice of life.

A woman's story that really resonated.

Jennifer is a lovely reader and brought a lot of heart to the work.