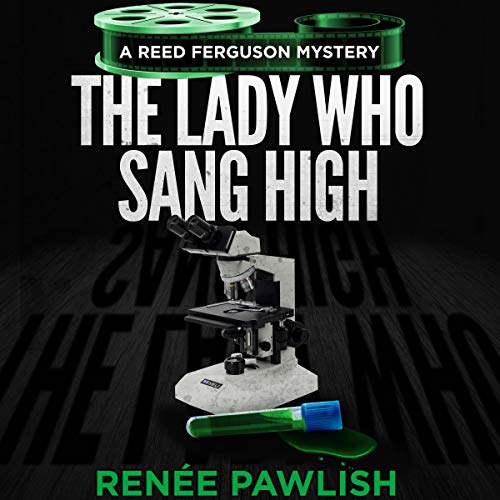 The Lady Who Sang High: A Reed Ferguson Mystery, Book 7

By: Renee Pawlish
Narrated by: Johnny Peppers
Try for $0.00

From the author of This Doesn't Happen In The Movies, a listeners' favorite finalist in mystery, comes another great suspense story with a dash of humor!

Denver private investigator Reed Ferguson is at it again!

Marijuana store owner Jodie Lundgren suspects that someone is trying to steal her newly developed process for growing marijuana faster and cheaper. She hires Reed to see if this is true or part of her stoner imagination. Reed goes undercover as an employee in Jodie's store, and he soon discovers that selling weed can be a dangerous business. It doesn't take long before Reed uncovers secrets and lies that lead to murder. But can he find the killer before his secret identity is discovered?

Along with the usual cast of characters - Reed's girlfriend, Willie, his tech-savvy best friend Cal, and the none-too-bright Goofball Brothers - that listeners have grown to love, The Lady Who Sang High is full of suspense and humor and cleverly pays homage to film noir.

What listeners say about The Lady Who Sang High: A Reed Ferguson Mystery, Book 7

Great mystery will keep reading this series for sure!
I received a free copy and left my honest review

Brother and sister own the store, and the employees are like family. Still someone is stealing, the plants. Reed goes undercover, and the laughs begin, good plot to enjoy. Goiven audio for my voluntary review review and review review