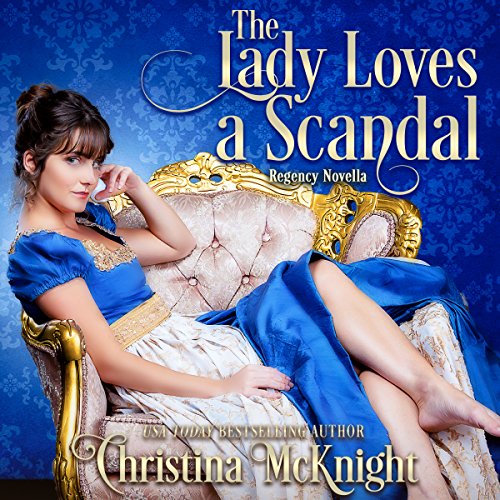 By: Christina McKnight
Narrated by: Stevie Zimmerman
Try for $0.00

Originally published in the It Started with a Whisper anthology

Lady Sybil Anson thought she had it all. Even a match of the heart, despite so many London elite marrying for convenience. But the night before their betrothal was to become official, the love of her life vanished - with a hastily scrawled note and little more. She feared the worst as her heart ached for Gideon, and the scandal sheets simply made matters worse with their preposterous musings on the hows and whys of Viscount Galway’s disappearance. Now, more than a year later, he’s unexpectedly back, and Sybil will have her answers.

Many, many years ago, Gideon Lyndon made a grave mistake. One he’s spent most of his adult life trying to rectify. And despite the progress made, the sacrifices were extensive and damaging. On the verge of repairing one misdeed, he finds himself faced with his greatest challenge yet: winning back the woman he has loved since the moment he met her. But after a year of silence, convincing his headstrong paramour to take him back will not be easy. Especially since he can’t even explain why he left - not if he wants to keep her safe.

What listeners say about The Lady Loves a Scandal: Regency Novella