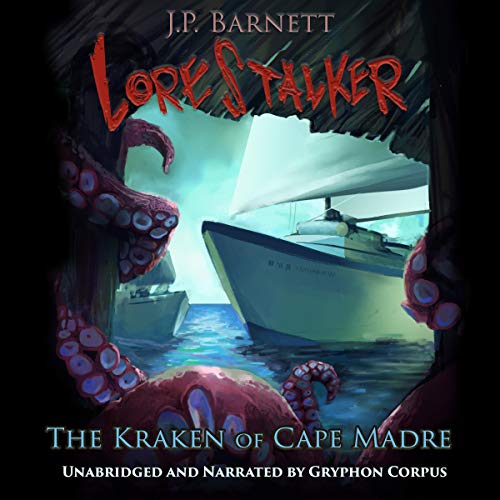 The Kraken of Cape Madre: A Creature Feature Horror Suspense

"This book flew by while I was reading because of its intense page-turning quality. The monsters, myths, and historical aspects which Miriam uncovers are the hallmarks of any great seafaring adventure, adding lots of atmosphere as the darkness and tension of the tale builds up. Along the way, the real power of the horror novel kicks in more and more, and what might seem like a slow burner soon becomes an inferno of action, terror, and frightening realities revealed." (Readers' Favorite Book Reviews)

Spring break will never be the same after a legendary creature rises from the depths.

It's been almost two years, but the nightmares still haunt Miriam Brooks - grisly images of her brother being slaughtered. A relaxing spring break at the beach seems like a good way to put some distance between her and the troubling past, but paradise shatters when she saves a tourist from something lurking beneath the waves.

Soon, she's on the trail of a sea creature from the legends of Vikings and pirates. The fishermen of Cape Madre tell tales for the right price, and Miriam quickly learns of a string of disappearances all related to this mysterious monster.

The cops and the coast guard are meant to handle the crimes of men, but Miriam's been trained to find the creatures of lore - creatures like this. Pulled back into the life she wants to forget, Miriam is the last line of defense between man and myth.

What listeners say about The Kraken of Cape Madre: A Creature Feature Horror Suspense