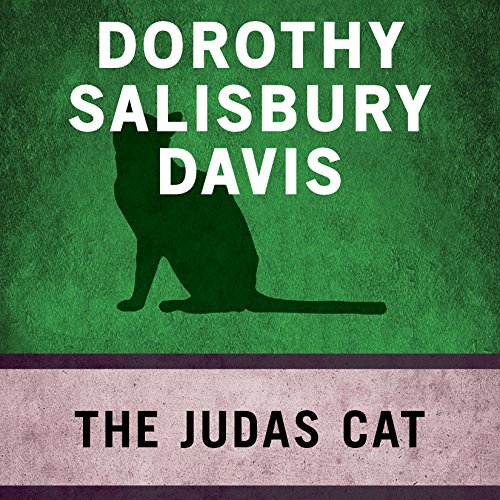 By: Dorothy Salisbury Davis
Narrated by: William Dufris
Try for $0.00

Praised by the New Yorker as "excellent", this mystery novel that features a cat as a murder suspect launched the acclaimed literary career of Grand Master of crime fiction Dorothy Salisbury Davis.

For generations, bitter old Andy Mattson terrified the children of Hillside and puzzled his adult neighbors. How did the scowling old codger, who seemed to spend his life stroking his cat on the front porch, support himself? How did he pass the days? And why did he die such a gruesome death? The police find Andy dead on his sofa, covered in blood, eyes wide with fear. The most likely suspect is the dead man’s cat, a howling beast that resembles a trapped badger. But as Chief of Police Waterman digs into the strange death, he finds that beneath Hillside’s sunny surface runs a river of hate. An old man was murdered, and it seems many people in town had motives to commit the crime.

What listeners say about The Judas Cat