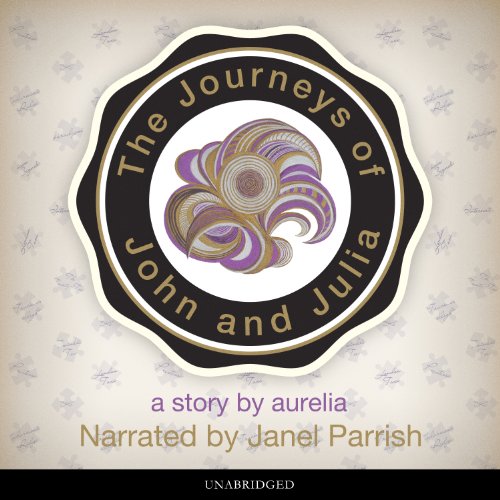 The Journeys of John and Julia

The Journeys of John and Julia

By: Aurelia Haslboeck
Narrated by: Janel Parrish
Free with a 30-day trial

Narrated by Pretty Little Liars star and Teen Choice award-winner Janel Parrish, The Journeys of John and Julia: Genesis is the first in a series about magic, friendship, and adventure.

Meet John and Julia, a seemingly mismatched pair of teens who crack open the door to another reality. It all begins after Julia's dad takes off to start a new family, and her mom decides to ruin her summer, too. Instead of cheerleader camp, Julia's packed off to her grandmother's in the nowhere town of Cedarwood Ridge. There she finds that her usual ice-queen act won't cut it with her childhood friend John Freeman, who's a lot cuter than Julia remembers and not half the geek she thought he was. Definitely a romance in the making, if it weren't for visitations from her grandfather's ghost and John's infuriatingly open response to such phenomena. Plus, a group of magical beings called The Twenty-Two are secretly watching over John and Julia and making big summer plans of their own. Including John and Julia's future role in saving the world from their nemesis to be, a beyond-evil corporate overlord named Niem Vidalgo Oten. Not that Julia would believe any of it. John, however, would find it way cool.

"I really loved the story, I just thought it was such a nice coming of age story about finding yourself and believing in yourself, and sticking true to how you really feel." -Janel Parrish, narrator

What listeners say about The Journeys of John and Julia

I wish this book was around when I was thirteen. I think it's very empowering for kids and teens. And also adults! I found it not only entertaining but also illuminating--a magical, heart-opening story that is very applicable to challenges we all face in our lives. Can't wait to hear more from this amazing author.

I am not real sure because it just didn't really make a lot of sense to me.

Which character – as performed by Janel Parrish – was your favorite?

Confusion and well it was a bit boring.

Overall, I sort of found this book to be a jumbled mess but maybe to a pre-teen it will make perfect sense.