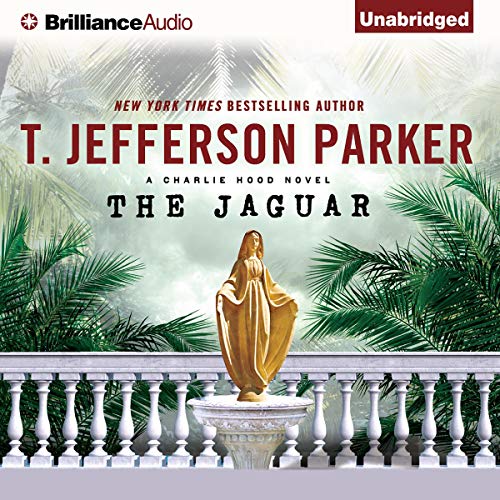 Erin McKenna, a beautiful songwriter married to a crooked Los Angeles County sheriff’s deputy, is kidnapped by Benjamin Armenta, the ruthless leader of the powerful Gulf Cartel. But his demands are as unusual as the crumbling castle in which Erin is kept. She is ordered to compose a unique narcocorrido, a folk ballad that records the exploits of the drug dealers, gunrunners, and outlaws who have populated Mexican history for generations. Under the threat of death, Armenta orders Erin to tell his life story - in music - and write “the greatest narcocorrido of all time.”

As the mesmerizing music and lyrics of Erin’s song cascade from the jungle hideout, they serve as a siren song to the two men who love her: her outlaw husband, Bradley Jones, and the lawman, Charlie Hood - who together have the power to rescue her. Here, amid the ancient beauty of the Yucatecan lowlands, the long-simmering rivalry between these two men will be brought closer to its explosive finale.

What listeners say about The Jaguar

I have read/listened to all of the previous Charlie Hood novels as well as the Merci Rayborn series from this author and generally enjoy Parker's novels. Unfortunately, the continued interactions with the Mike Finnegan character means this will likely be my last. I believe it was somewhere in Book 3 that an otherwise interesting story went Twilight.

I have purchased the last two books hoping that there would be some sort of believable resolution to the meddlesome and wholly unbelievable (and annoying) Finnegan but it seems he is in for the long haul. If you are open to books about otherworldly notions, the novel may still be interesting but I found it off-putting, distracting, and don't feel that this aspect of the book adds anything to the story.

Mike Finnegan aside, the general plot didn't feel at all compelling. There many elements in the story that either didn't seem believable (despite my lack of drug-lord interactions) or don't really move the plot along in any meaningful way -- Hood's journey to the castle, Heredia's narcos, the McKenna-Armenta interactions. I quite enjoyed Iron River and the previous books and wish Parker would return to this style.