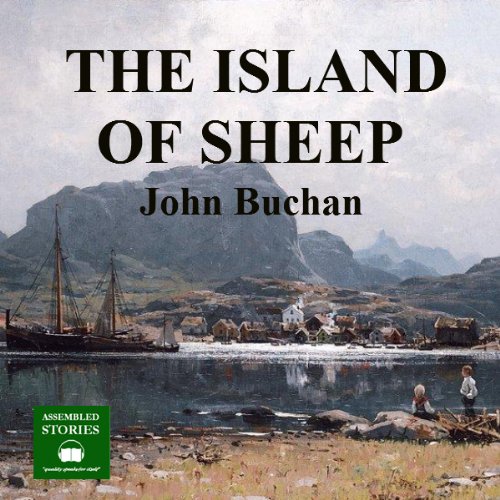 The Island of Sheep

By: John Buchan
Narrated by: Peter Joyce
Try for $0.00

The last of John Buchan’s thrillers and the final appearance of Richard Hannay, now in retirement reverie deep in the comfortable Cotswolds.

However, he and Sandy [Lord Clanroyden] are roused to action once more to help the son of a recently deceased treasure hunter, called Haraldsen. The heir is receiving threats from Lancelot Troth, a man who believes himself ill treated financially by Haraldsen’s father and seeks revenge and reparation. The mission is complicated when the villain is aided by accomplices prepared to use extortion and child kidnap to achieve their aims.

The action moves from Norfolk to the Scottish Borders and on to the Norlands where the conspirators are finally confronted in a thrilling climax with Hannay’s son and Haraldsen’s daughter involved in the resolution.

Beautiful descriptive passages written by a man obviously at home in the natural world and some philosophic reflections about finding personal peace and contentment make this a fitting end to both Buchan’s important contribution to the genre and the history of Brigadier General Richard Hannay-a man of his time but with an everlasting popularity.

About Assembled Stories: Over the years the national press have reviewed Assembled Stories titles as ‘excellent’, ‘remarkable’, ‘entrancing’, ‘superb’, ‘magic for sure’, ‘masterly’, ‘wonderful’, ‘a class act’ and ‘a splendid example of audio at its best’.

What listeners say about The Island of Sheep

A splendid thriller from the dawn of the genre

Buchan's ability to make you feel as if you are in the most beautiful parts of the British countryside is unsurpassed. The action is entertaining, the prose splendid.

I am a big fan of John Buchan. This is a great story. Great reader too!

I love John Buchan books, especially Richard Hanny I was extremely pleased to see the later books being read and sold for audibles,although where is the fourth book? Read very well, although this book is probably my least favorite. I really don't think that Sandy would have a Scottish accent as he is upper class and educated in private school in England, but that is the only negative. Please now provide The 3 Hostages.

Dated and drawn out story

Didn't enjoy it or really get the point of it. Too many characters. Did not finish as it was too painful to carry on!

the least enjoyable of the Hannah stories

A tad dull and the weakest of the Hannah novels. I might listen to it again.

John Buchan - The island of sheep

The last in the Hannay series it takes place around 15 years after the events in the previous book "The three hostages".
Well constructed: a slow build to an exciting climax in the wilds of islands belonging to Denmark.
Given it was written in the mid-1930s, therefore you allow for the archaic language and attitudes, it's still a cracking tale; a real Ripping Yarn without Gerald Winfrey ("Truth be told, I was jolly fed up with being a hero").