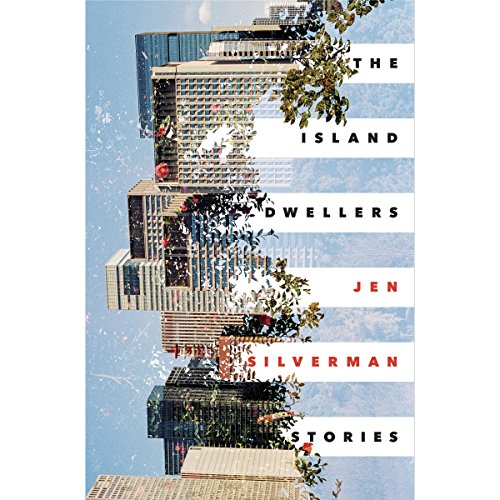 By: Jen Silverman
Narrated by: full cast
Free with a 30-day trial

For listeners of Miranda July, Rebecca Lee, and Mary Gaitskill, a debut short-story collection that is a mesmerizing blend of wit, transgression, and heart.

A passive-aggressive couple in the midst of a divorce compete over whose new fling is more exotic. A Russian migrant in Tokyo agonizes over the money her lover accepts from a yakuza. A dead body on a drug dealer’s floor leads to the strangest first date ever.

In this razor-sharp debut collection, Jen Silverman delivers 11 interconnected stories that take place in expat bars, artist colonies, train stations, and matchbox apartments in the United States and Japan. Unforgettable characters crisscross through these transient spaces, loving, hurting, and leaving each other as they experience the loneliness and dangerous freedom that comes with being an outsider. In “Maria of the Grapes”, a pair of damaged runaways get lost in the seductive underworld beneath Tokyo’s clean streets; in “Pretoria”, a South African expatriate longs for the chaos of her homeland as she contemplates a marriage proposal; in “Girl Canadian Shipwreck”, a young woman in Brooklyn seeks permission to flee from her boyfriend and his terrible performance art; in “Maureen”, an aspiring writer realizes that her beautiful, neurotic boss is lonelier than she lets on.

The Island Dwellers ranges near and far in its exploration of solitude and reinvention, identity and sexuality, family and home. Jen Silverman is the rare talent who can evoke the landscape of a whole life in a single subtle phrase - vital, human truths that you may find yourself using as a map to your own heart.

Praise for The Island Dwellers:

“Reading these stories feels like spying on lives you might never admit to living - hilarious, and painfully true. I loved every one. The Island Dwellers is thrilling, addictive, and wise, and it made Jen Silverman my new favorite writer. It will probably do the same for you.” (Alexander Chee, best-selling author of Queen of the Night and Edinburgh)

“A shimmering collection that speaks with humor and, ultimately, tenderness.” (Kirkus Reviews)

“Jen Silverman’s stories are at once specific and worldly, contemporary and old-fashioned, cool and heartfelt. An archipelago of emotions, The Island Dwellers captures the wonder and oddity of romantic relationships.” (Sloane Crosley, best-selling author of The Clasp and Look Alive out There)

“These stories, in any case, are irresistible, delivering a portrait of contemporary relationships that...is shot through with veins of real connection.” (The New York Times Book Review)

"The eleven stories that make up this collection are raw, intense in their longing, and tender in the most unexpected ways." (Lambda Literary)

What listeners say about The Island Dwellers

A gorgeous collection of loosely-connected short stories. The protagonists (nearly all young women) are people adrift, most of them in cities that are somehow foreign to them. A bored, married white woman in Manhattan begins to write a novel about her new hook-up’s Venezuelan childhood—without his permission or input. A twenty-something in Brooklyn suffers through her boyfriend's performance art. A nice professor in Iowa City decides to become a bad person—but only when she’s sleeping with her TA. A Russian factory worker in Japan frets about her best friend and lover, who is also the kept girlfriend of a member of the yakuza. A recent college graduate in New York works for a scattered, eccentric rich woman (for no money) and harbors a crush on her boss's probably-straight assistant. Background characters reappear, often years later and at different stages of their lives. This lends the collection a lovely sort of mid-aughts indie movie feel (everything is connected, even if only by a wispy thread).

As with most short story collections, not every piece will land for every reader. I lost interest in "Mamushi," but found every other story compelling. I enjoyed these stories so much that, on release day, having already read the egalley provided to me by NetGalley and Random House, I bought the audiobook and listened the the entire collection over the course of two days. I'm not usually a re-reader, but I know I will revisit these. The audiobook is as extraordinary as the stories themselves. Each story is performed by a different narrator (including several Audible fan favorites), which as far as I'm concerned is the ideal narration style for short fiction, as it differentiates each piece/ensures that the stories don't bleed together.