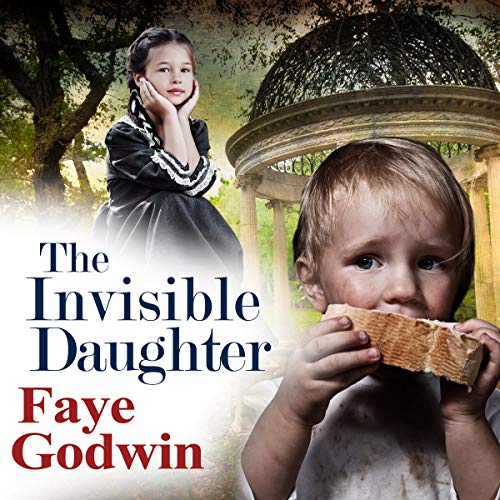 By: Faye Godwin
Narrated by: Katherine Anderson
Try for $0.00

Fae Carter has been hiding all her life. First, her mother keeps her hidden away from the angry, violent man who owns their home. He calls Mama his favorite secret, but Fae knows he's not her father. Fae has to hide whenever he comes because he hates her so much that he hurts her if he finds her.

Mama sends Fae to go and live with her grandparents in the country. Fae doesn't understand why her mother doesn't want her anymore, but she does understand Grandma definitely does not want her - and never did.

Grandma tells her that nobody must ever see or find her. Grandma keeps Fae hidden upstairs and in the back garden, where Fae meets Ollie, a playful little boy who seems to be the only person in the whole world who doesn't want to hide her away. Fae’s time with Ollie is the sunshine in her life, and despite Grandma's harshness, Fae finds joy with him.

Until the terrible day comes when Fae's grandparents leave, and she's forced to make her way back into the city. Alone, lost, and scared, Fae has years of suffering ahead of her. Living on the streets of London, hiding from the frightening man in Mama's house, struggling as a parlormaid for a cruel, lustful master, Fae has to endure all of these things while her heart longs for the country...and the boy she once knew.

Unbeknownst to her, miles away, Ollie's heart longs just as strongly for the girl who nobody else believes exists. But he knows she's real. He knows he loves her. But what he doesn't know is whether she'll ever come back to him.

What listeners say about The Invisible Daughter

Faye had a horrible childhood of abuse and feelings of being damaged. Belle ( her mom) sent her off to live with her grandparents to save her from Jeff as a child thinking her life would be better. Faye's life only gets worse until she meets her knight in shining armor a little boy named Ollie. This book made me mad, cry, and laugh I ran the gammit of emotions through every twist and turn in Faye's life. Katherine Anderson as the narrator has the ability to bring you into a story and make you feel like you're apart of it. Trust me I was on the edge of my seat wanting to know what was going to happen next and would Faye ever get a chance for happiness. I highly recommend this book because it is well written with a believable storyline.

I laughed, I cried, I was on the edge of my seat. Wonderful story from a new to me author. I will be reading more of her stories soon.

Another great book by Faye Godwin and narrated by

I love every book I’ve read by Faye Godwin and one of my favorite narrators is Catherine Anderson so imagine my pleasure when saying that Faye Godwin‘s book was now rated by the great cake! This is a book about a little girl who must stay hidden weather with her mother in the city where she must hide from her mothers abusive boyfriend who hates her for some reason or in the country with the grandparents either way she was left feeling unwanted with the exception of her backyard friend Ollie, He lives nearby and is the only one who seems happy to see her and not embarrassed to be with her I want her hidden away. This is her life until the day her grandparents move away and are just gone this is when Faye will know a whole new suffering but will it last? This book was so good I almost couldn’t listen due to the suffering they went through and although it wasn’t over the top or even gory or aggressive I just always think that probably somewhere young girl went through this or is going through this and it just makes me sad… Anyway this is a great book and you should read it the ending is super super awesome made even better by the great Kate Anderson. I highly recommend this to those who like historical fiction or just great stories with happy endings then get this book.

The Invisible Daughter is a story staged in England about a child who was uncared about but finds her way home and finds love.

I must say that i enjoyed this book very much. It is a story about a young girl whose Mother really didn’t want her. The new man she was with couldn’t stand the girl, so she ended up going to live with her
Grandparents. In the country. It appeared that the Mothers man friend was married and she was due to have their new baby at anytime soon. The young girl made friends with the boy who lived next door, and it was evident that grandma didn’t like her either. Grandpa on the other hand loved her.. Sadly grandma and grandpa died and as the girl had no where to go, set off for London to fin her Mother. This book made me happy then sad. It made me laugh and made me cry. Eventually after many harrowing tales and many years in between she went back to the countryside and found her childhood friend. The boy who lived
Very near to her. The narrator to this piece was fantastic. Her story telling was fantastic and there was no faults or stumbles in the reading.
I enjoyed it very much. Thank you both for a very enjoyable tale.