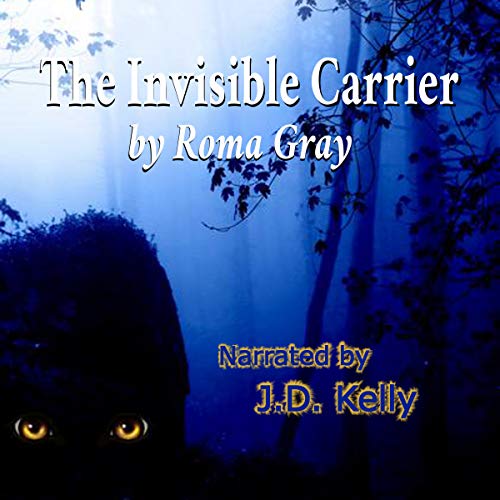 People are dying in the Northwest area of the United States and Canada from a terrible plague. The small towns bordering the forests have been hit the hardest, and no matter how closely the citizens follow the quarantine protocols, somehow the illness keeps spreading. It makes no sense, the towns are remote and isolated and the only thing they have in common are the vast, interconnected forests. It is almost as if it is being spread by an animal, but that theory doesn’t hold water. They know that the virus can only be spread by animals similar to humans…like a primate. But everyone knows there are no primates in North America, right?

What listeners say about The Invisible Carrier: A Bigfoot Horror Story

This is not a novella, or a novellette, or a short story!! This is chapter one of an upcoming story from what I can tell. We get a tiny glimpse of what is to come and that's why I haven't rated it higher. I'm intrigued to see where this goes because Bigfoot and virus are a big plus in my book, but I need to reserve judgement until I read the full story.

JD Kelly does a great job here. He manages to do a few tones and I'm eager to listen to more from him. He's one to watch.

Roma Gray seems incapable of just providing a straight up monster story. Ask for a bigfoot story, and she has to add in all sorts of extra levels of craziness just to prove to you that she can out unexpect you unexpectations! I always expect the unexpected, so she tosses in a few more monkey wrenches, just to keep readers like me off balance. This is sort of like Outbreak meets the Beast of Boggy Creek. You know things are bad when someone in a hazmat suit shows up in the neighborhood, but then if the 'hood is already covered in blood and bodies that have been mauled by what looks to be a rabid grizzly bear on steroids AND viagra you know that crap is gonna fly. At jet speed.

When I first listened to this, my first thought was if this is going to be the first chapter in a full book, then I hope that she is going to combine this with the shadow story she did earlier this year. It could just be that a crap ton of paranormal stuff is hitting all at once, and the govt is straining to keep things in check. Even if that isn't the case, and this is just going to be a straight up Bigfoot book then I'm in. I'm sold. Just hook up my IV now crack dealer, just hook it up and walk away.

JD Kelly narrates this story, just like he did with Black Shadows, and that might be why my mind went there so fast, but damn if that doesn't prove that these stories shouldn't be interconnected. He does a great job, and nails the atmosphere within about thirty seconds into the book. His narration is smooth and creepy, I don't know how he pulls that off, but it is well done I can tell you that for nothing. I do like his reading style, and his voice keeps your attention.

Gray pulls another crazy story out of her witches hat just in time for Halloween, so settle in and enjoy an interesting new take on Bigfoot. Even though I did receive a promo code for this review it in no way influenced my considerations of the material, and in fact, inspired me to be more honest. Getting a code generally makes me harsher as a reviewer as I am more often concerned what someone like Me will decide based on my review.

Off to an interesting start.

I'm not usually a bigfoot reader, but I think I could get into this book. This is a chapter 1 teaser for the full book and I think it's off to a good start. I like the mutating virus we have going!

I'm a sucker for a good disease thriller. This is an interesting premise. A good listen while you're out squatching! I'll certainly listen to the full novel when it comes out.

This is the first chapter of the authors newest novel. This is the story of a virus transmitted via bat to a bigfoot. Love bigfoot tails! Lots of twists and turns. I received this audio book for free in exchange for my honest review.

I didn’t expect this story to be so unique. Even in chapter one, there were a lot of twists and turns. Bats! Bigfoots! Hazmat suits! I’m looking forward for more!

Ms. Roma Gray never fails to entertain with her imaginative tales of horror!

In this short story, a virus is spreading throughout the Pacific Northwest, with a high mortality rate and unknown origin. When a team of scientists and military arrive at one town, everyone is dead, either from the virus or from what appears to be a murderous rampage.

But, what creature could be spreading this virus? It is supposed to only affect bats and primates. And, the only primates in the area are humans, right? Or, are the tales of Sasquatch/Bigfoot more than stories to tell around the campfire?

Ms. Gary has said that this is the first chapter of a novel and I certainly hope that is true! Very spooky, very entertaining and very thought-provoking. Thanks, Roma, for another wonderful tale to keep me awake at night!

I was given the chance to listen to this book and chose to review it.

This is a short horror story about a strange creature, virus, and humans. It is interesting to listen to and enjoyable. Plot and story are interesting and easy to follow. The author did a good job. I also liked the narrator, he has a nice voice, good tempo emphasizes and tone. It is only 23 minutes long since only an introduction to the novel. I think the whole novel will be excellent. I would recommend it to fans of horror stories, paranormal and sc.fi.

My hope is that this review helps in your decision whether to obtain this book.
*This book was given to me for free at my request and I provided this voluntary review.

I received this audio book for free in exchange for my honest review. The first chapter in this story hooked me. I'm looking forward to the completion of this tale.

A great stand-alone and teaser

[Received a promo code in exchange of a review]

A nurse has volunteered to go with a team to investigate a disease that takes out towns of people. He discovers what might be spreading the disease - but the rest of the team probably won’t believe him for reasons that make even himself doubt what he knows.

This is the first chapter of a novel which I’m looking forward to get my hands on. The set-up seems to be just the kind of story/genre that I like - something reminding me of a TV series like Grimm, perhaps Sleepy Hollow.

I would recommend this to people who like TV series like Grimm, Sleepy Hollow, and Once Upon a Time - and probably also Stranger Things, although I haven’t watched too much of that yet.

First, for all you readers who only read stories with complete endings, be warned, this is chapter one of a new novel in the making. It's a great tease that will definitely make you want to stay tuned for the completion of the story. Akin to a story you might imagine Robin Cook would write, you can just feel the tension as the virus spreads from one victim to another. What I enjoyed in this story is the author's efforts to reflect the thoughts of the mammals. Few people stop to consider how a trapped animal might feel, and I believe Roma Gray has captured those feelings. As all her stories are, this story is well-written with strong characters and good description. It's the kind of story that will make you say, "If only he would have said something." The narrator has a good, strong voice, and the audio quality is professional. **I was given a free copy of this audiobook for the purpose of reviewing it, which in no way persuaded my opinion..

If this is only the first chapter give me more

bigfoot has got infected and death is all around I am now patiently waiting for the rest. Please hurry