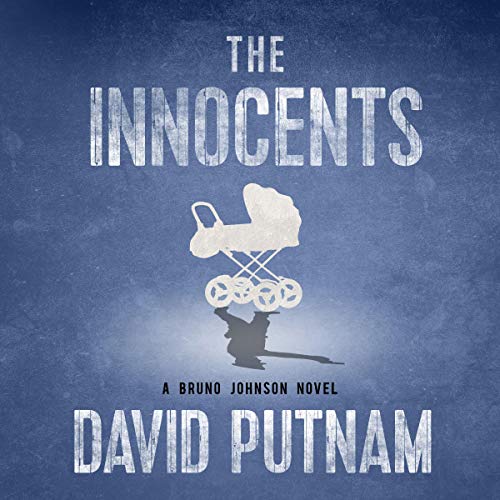 By: David Putnam
Narrated by: Daniel F Purcell
Try for $0.00

Booklist sums up Putnam's Bruno Johnson series: "Bruno Johnson believes so passionately in justice that he'll lie, cheat, and steal to achieve it - and he'll pulverize anybody who gets in his way."

The Early Years: Book One

Bruno Johnson, a newly minted LA County Sheriff Violent Crimes detective, gets the worst assignment possible - infiltrate a sheriff's narcotics team that may be involved in murder for hire. Gain their trust and be brought into the scheme. If he succeeds, he will have to arrest and testify against his fellow deputies - if he lives that long.

To make matters worse, before Bruno leaves home on the first day of this assignment, he answers the door to find an ex-girlfriend. Without explanation, she hands him a baby girl only weeks old. The child is his. Stunned and terrified, he now faces immediate fatherhood as well as the traitor-like charge to take down his colleagues.

Juggling his complex home life, Bruno tackles his assignment to discover that no one is who they seem to be and that his boss, Lieutenant Wicks, might be involved. His mission is further complicated when an attractive female deputy, recently transferred from Public Affairs, is also put on the case. She has no street experience, and Bruno carries the extra burden of watching her back - a tough assignment made tougher by personal attraction.

As Bruno gets deeper and deeper into the corruption, he doesn't know whom to trust, and in the end, confides in the wrong person.

What listeners say about The Innocents

Integrity is high, love it

Bruno is thrown into a mess and other than having his dad to help him remember his upbringing, he has no idea how to get himself out of it.
I love the relationship he has with his dad. How, when life throws him for a loop, he turns to the one person he knows will help him through it.
The way the story moves kept me on the edge of my seat and I found it hard to put down.
I listened to the audiobook version of this and Daniel F Purcell has the perfect voice for Bruno. David brought each and every character to life in the story.
I look forward to book 2 and highly recommend this book.

Bruno has me wondering what’s next

Bruno and the dilemmas he gets himself into has me on my edge. I loved the 3 previous books and this one was no disappointment.

This book is fabulous. It is very exciting and the collaboration of David Putnam and Daniel Purcell is magic again. The character development and performance draws you in and holds you through the entire story. If you like police drama you will not go wrong with this one.