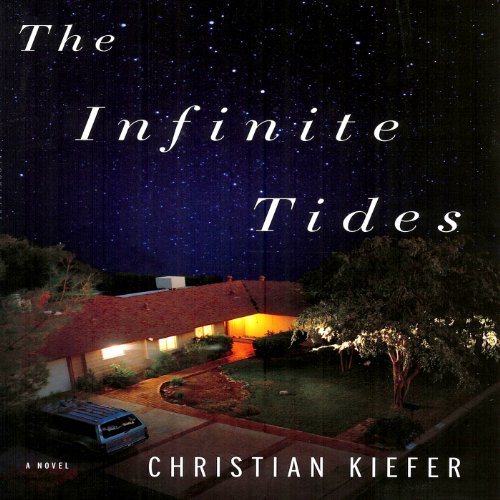 By: Christian Kiefer
Narrated by: Colin Smith
Try for $0.00

Keith Corcoran has spent his entire life preparing to be an astronaut. At the moment of his greatness, finally aboard the International Space Station, hundreds of miles above the Earth’s swirling blue surface, he receives word that his 16-year-old daughter has died in a car accident, and that his wife has left him. Returning to Earth, and to his now empty suburban home, he is alone with the ghosts, the memories, and feelings he can barely acknowledge, let alone process. He is a mathematical genius, a brilliant engineer, a famous astronaut, but nothing in his life has readied him for this.

With its endless interlocking culs-de-sac, big box stores, and vast parking lots, contemporary suburbia is not a promising place to recover from such trauma. But healing begins through new relationships, never Keith’s strength, first as a torrid affair with one neighbor, and then as an unlikely friendship with another, a Ukrainian immigrant who every evening lugs his battered telescope to the weed-choked vacant lot at the end of the street. Gazing up at the heavens together, drinking beer and smoking pot, the two men share their vastly different experiences and slowly reveal themselves to each other, until Keith can begin to confront his loss and begin to forgive himself for decades of only half-living.

The Infinite Tides is a deeply moving, tragicomic, and ultimately redemptive story of love, loss, and resilience. It is also an indelible and nuanced portrait of modern American life that renders both our strengths and weaknesses with great and tender beauty.

What listeners say about The Infinite Tides

I began reading The Infinite Tides almost immediately after I finished Kiefer's 5-star book, The Animals. I think I was expecting (and hoping for) more of the same – exciting plot, a main character I loved, written almost like poetry. The author himself had warned me that “My first book is a much different animal. It’s meant to have almost zero velocity (like a Henry James novel) and spins in one place (purposefully, I mean), so you may have to get into it in a different way.” Of course, he was completely right, and at one point I had to put the book down for a few days. I ended up re-starting The Infinite Tides from the beginning, just reading, without any expectations, and let Kiefer's writing once again work its magic on me.

This book is a much different animal, and the fact that Kiefer is capable of writing such completely different books, each excellent in their own way, is part of why this is another 5-star read. I won't recount the plot, but it is imaginative, original, and horrifying. The main character, astronaut Keith Corcoran, is not a completely likeable guy, but how he deals with (or doesn't deal with) the bleak, grief-filled circumstances of his life form the basis of his this book. Several characters question Keith's devotion and single-mindedness in becoming an astronaut, and note that that path has ill-prepared him for life after he has reached this pinnacle. He has this truly interesting, synesthesia-like relationship with numbers, and relates to them much better than to people. I appreciated the juxtaposition of how math has answers and logic but human nature is often completely without logic or answers. Keith does end up in an interesting friendship with Peter, a Ukrainian astronomer who now works at Target, and it is Peter's wife Luda who provides a wonderful end to this book.

Just as Kiefer chose the perfect setting for The Animals, he did the same for The Infinite Tides. The empty ranch house that Keith returns to, on one of many culs-de-sac in suburbia, surrounded by big box stores and Starbucks, helps the reader understand and picture how grim and meaningless things are for Keith. There is something that happens in/to the house that was perfect for Keith's story, literally and metaphorically, but it feels like a spoiler so I won't give it away. Read The Infinite Tides and find out for yourself. I'm looking forward to reading Kiefer's next novel, knowing it will most likely be something completely different, but perfectly wonderful.

Would you consider the audio edition of The Infinite Tides to be better than the print version?

Never read it in print, but audio edition was engaging!

It was written for modern day. People will be able to relate to the characters.

What does Colin Smith bring to the story that you wouldn’t experience if you just read the book?

Colin Smith did a great job narrating the story and bringing the characters to life. He is very well read and his tone of voice kept me interested in the storyline. I wanted to see what would happen next. I felt the voices of the characters and speed of the narration was also well done.

Yes, I was engaged in the story each time I started to listen to it.

I wasn’t sure if I would like this book at first and in many ways the character was frustrating. But that’s real life. I came to appreciate the journey he was on even though his evolution was slow.