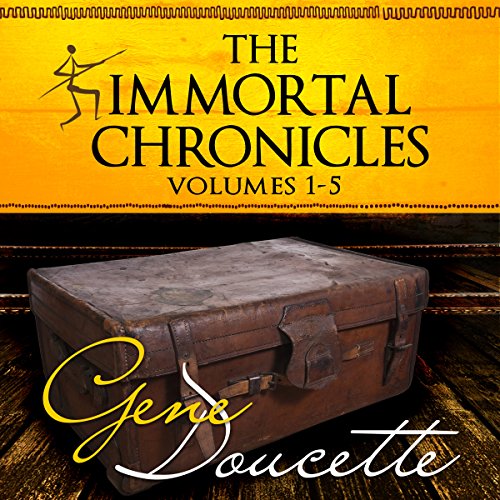 Adam has a lot of stories to tell, which is fair given he's been alive for over sixty-thousand years. All of the stories are interesting, many involve alcohol, and five are collected for the first time in The Immortal Chronicles!

The books in this collection take Adam from the Barbary Coast of the 1500's, to England at the turn of the 19th century, Vienna of 1815, Chicago in the 1930's, and 1950's New York. He spends time with pirates and assassins, a succubus, a shape-shifting monster, a madman who can see the future, and Santa Claus.

The Immortal Chronicles is an ongoing series of novellas from Adam, the star narrator of the Immortal Novel trilogy.

What listeners say about The Immortal Chronicles, Volumes 1 - 5

I can't remember any book as enjoyable

I adore this whole series. I gave it a shot because of steve carlson's narration; I've loved his other work, too. This whole series has been a complete delight. strongly recommend