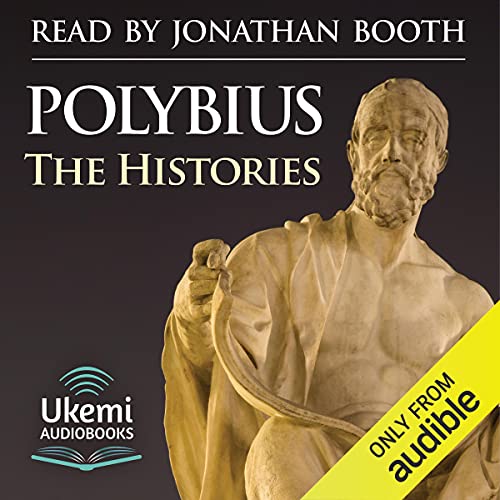 How did the city state of Rome rise inexorably to become the dominant power in the Mediterranean and much of the Western world?

In short, first of all it overcame the established Carthaginian Empire despite the remarkable exploits of Hannibal. And, largely at the same time, it gradually subjugated the many and varied city states of Greece, despite various allied opposition.

The rise of Rome is one of the great stories of world history, and fortunately, we have a reliable and at times an eyewitness account, from the Greek historian Polybius of Megalopolis (c200 BCE-c117 BCE). In The Histories, Polybius set out to present as full an account as he could, with the historical background, the causes of disagreement leading to conflict, the main naval and land battles and the acts of heroism, cowardice, imagination and folly.

In addition, he provided lucid explanations of the diplomacy, the treaties and portraits of the main personalities. He encompassed the whole story in 40 books, a considerable undertaking. He started his tale in 264 BCE as Rome challenged Carthage and concluded with the capture of Corinth in 146 BCE. It is a century (and more) of almost continuous conflict in one field or another. These were brutal times of torture, slaughter, enslavement, where power was wielded for dominance, but there were examples of honourable engagement and considered diplomacy. Extended periods of warfare brought new military ideas and tactics, as Rome learned to combat Carthaginian expertise on sea and on land. Siege machinery was developed on both sides (the skills of Archimedes in the defence of Syracuse is mentioned) and the famous Greek phalanx was pitted against the Roman legions.

Polybius reports on the main confrontations with the authority of a man who was present at many events and also visited historic sites of importance to ensure his accounts of the past were accurate. In The Histories, he gives rounded portraits of the important figures of Hannibal and other Carthaginian generals: of Scipio Africanus (who finally stopped Hannibal at the Battle of Zama) and other Roman general, of Philip V of Macedon, of Antiochus the Great, ruler of the Seleucid Empire and of the Ptolemies of Egypt.

The rise of Rome is a story of two main arenas - the West (Carthage, Spain, Northern Italy and Illyria) and the East - Greece! In trying to maintain some kind of chronological flow, Polybius has little option but to switch the focus from one to another, sometimes at short notice! This problem is exacerbated by the fact that The Histories has survived only in part.

The first five books exist in full. Most of book six, with its important review of the Roman constitution and military system, has also survived. Of the rest we have fragments of varying lengths (though nothing for books 17, 19, 37, 40). This makes for some challenging moments as ‘chapters’ can switch from one focus to another at a swift pace, especially with the way the vivid reports and analysis from Polybius maintain the thrust of the narrative.

Ukemi Audiobooks here presents, for the first time on audio, the unabridged Polybius - everything that has survived - in the excellent translation by W. R. Paton. There is additional material too. It opens with 'The Life of Polybius' by H. J. Edwards. And it closes with the classic survey of Polybius and his work by Evelyn S. Shuckburgh, which includes 'The Sources of Polybius’ History' and an overview of 'The Achaean League' which played a key role in events in Greece. The whole production is supported by an extensive PDF, with key dates, personalities and events in order. There are also maps, which give visual clarity to the challenging geographical progress of Rome as it moved inexorably towards Empire. The Histories is read with engaging authority by Jonathan Booth.

What listeners say about The Histories