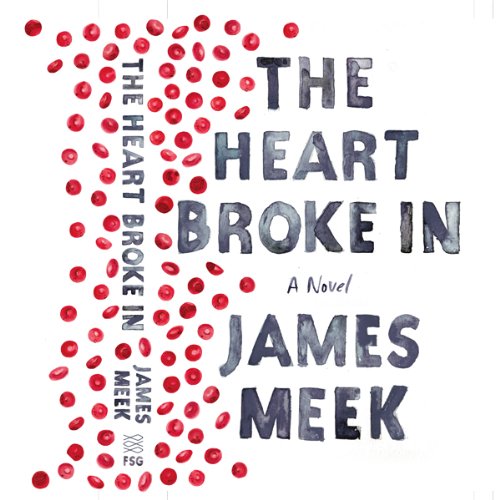 The Heart Broke In

The Heart Broke In

From James Meek, the prize-winning author of the international best seller The People’s Act of Love, comes a rich and intricate novel about everything that matters to us now: children, celebrity, secrets and shame, the quest for youth, loyalty and betrayal, falls from grace, acts of terror, and the wonderful, terrible inescapability of family.

Ritchie Shepherd, an aging pop star and a producer of a reality show for teen talent, is starting to trip over his own lies. Maybe filming a documentary about his father, a British soldier executed by Northern Irish guerrillas, will redeem him.

His sister, Bec, is getting closer and closer to a vaccine for malaria. When she’s not in Tanzania harvesting field samples, she’s peering through a microscope at her own blood to chart the risky treatment she’s testing on herself. She’s as addicted to honesty as Ritchie is to trickery.

Val Oatman is the editor of a powerful tabloid newspaper. The self-appointed conscience of the nation, scourge of hypocrites and cheats, he believes he will marry beautiful Bec.

Alex Comrie, a gene therapist (and formerly the drummer in Ritchie’s band), is battling his mortally ill uncle, a brilliant and domineering scientist, over whether Alex might actually have discovered a cure for aging. Alex, too, believes he will marry Bec.

Colum Donobhan has just been released from prison, having served a 25-year sentence for putting a gun to Captain Shepherd’s head when he refused to give up an informer. He now writes poetry.

Their stories meet and tangle in this bighearted epic that is also shrewd, starkly funny, and utterly of the moment. The Heart Broke In is fiction with the reverberating resonance of truth.

"The smooth, versatile voice of John Lee is perfect to narrate this complicated story of family, betrayal, and vengeance. The story centers on Londoner Ritchie Shepherd, a former rocker who is now a reality show producer, and his sister, a scientist, who is his antithesis in almost every way. Lee lives up to his reputation for excellence in his authentic portrayals of the book's several important characters, each having distinct class- and age-related English or Irish accents. He also gives credible and interesting performances of various African characters and young children. A disturbing but interesting listen." (AudioFile)

Just too distant and complicated.

I always felt removed and distant from the story and characters. Regarding the characters, there were so many coming and going with intwined relations that if my concentration missed a little bit of the story, I was lost.

This was a plot heavy book, with such distasteful characters that I never connected.

Four hours into the book I was still wondering when it was going to get started. Sadly, I was unable to finish. This is not like a Jennifer Egan novel, who often has characters that can be tough to connect with, but is still beautifully written. It is just tough to connect with...

Unengaging characters and no plot

I'm about 1/3 of the way through the book and just can't seem to become engaged in the story at all. The characters are boring and flat and their lives nothing notable. I can't seem to see where it's all going and it's not interesting enough to keep me trying.
It is narrated beautifully but there just isn't enough to the story itself to keep me listening.

Would you try another book from James Meek and/or John Lee?

Reduce the amount of long, dull descriptions of events.

Effective, fit the tone of the story.

While the book offered some intriguing insights into the human condition, there were several long, boring dissertations of thoughts and activities that didn't add much to the overall story.