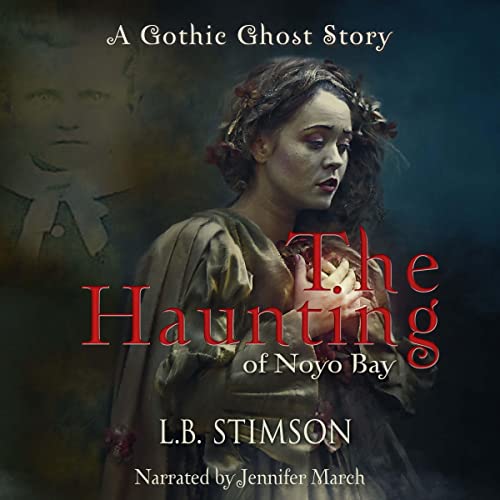 The Haunting of Noyo Bay

When 16-year-old Charlotte Goolsby first encounters the mysterious little boy playing in the cemetery, she assumes he belongs to the minister’s family. However, as sightings of the little boy continue and seemingly go unnoticed by the rest of Keesbury’s residents, Charlotte is forced to confront everything she once believed about life and death.

Charlotte finds herself confiding her fears to her father’s shipwright apprentice, Rees Pendleton, the eldest son of the village’s most prominent family. Whilst Rees’ mother disapproves of their growing relationship, it will be the arrival of the reclusive uncle with his own secrets who may threaten not only the Pendleton’s future but Charlotte’s as well.

Charlotte and Rees will discover that all is not what it may seem in their quiet, seaside village of Keesbury. Some of the residents are keeping secrets - horrific and deadly secrets.

The Haunting of Noyo Bay beckons back to the age of the ever-popular gothic horror and suspense novels of the 1970s. Set in the mid-1800s, against the backdrop of one of Northern California’s emerging seaside villages, listeners will be transported back in time.

What listeners say about The Haunting of Noyo Bay