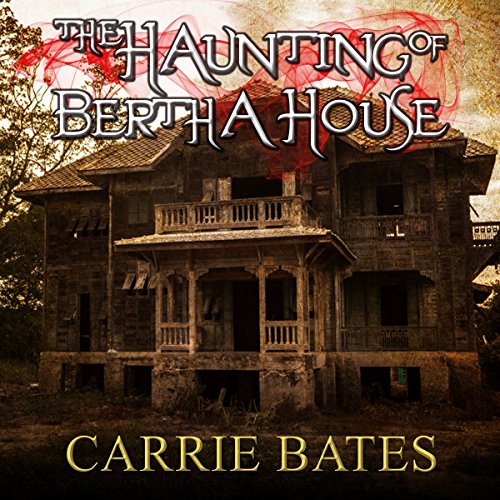 The Haunting of Bertha House

By: Carrie Bates
Narrated by: Jacki Schwarz
Try for $0.00

Bertha House is a massive house that foretells of the wealth of the people who lived in it long ago. But its stately demeanor betrays all of the horror and evil that occurred within its walls.

Kristine is thrilled at the price she paid for the Georgian mansion. She plans to restore it and then flip it for a nice profit. But things start going wrong the moment she steps foot in the house.

Children appear begging for help, and an old lady appears out of nowhere, her beady eyes watching every move that Kristine makes. Convinced that her lack of sleep is causing her to hallucinate, she vows to take some time off and catch up on her sleep.

But when that doesn't stop the noises, appearances of people that don't exist, and strange stews cooking unattended on her stove, Kristine knows she must find answers. But when she does, she has two choices, stay at Bertha House and face an evil end or run, and lose all of the money she has invested in the beautiful house. Can she make it out alive?

What listeners say about The Haunting of Bertha House

My fault for not realizing how short this story was. Not sure if I cared for the monotone reading. I like horror, but it was a bit gross.