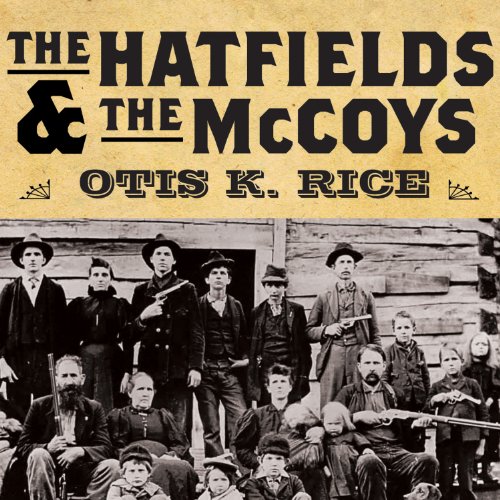 The Hatfields and the McCoys

The Hatfields and the McCoys

The Hatfield-McCoy feud has long been the most famous vendetta of the southern Appalachians. Over the years it has become encrusted with myth and error. Scores of writers have produced accounts of it, but few have made any real effort to separate fact from fiction. Novelists, motion picture producers, television script writers, and others have sensationalized events that needed no embellishment.

Using court records, public documents, official correspondence, and other documentary evidence, Otis K. Rice presents an account that frees, as much as possible, fact from fiction, event from legend. He weighs the evidence carefully, avoiding the partisanship and the attitude of condescension and condemnation that have characterized many of the writings concerning the feud.

He sets the feud in the social, political, economic, and cultural context of eastern Kentucky and southwestern West Virginia in the late 19th and early 20th centuries. By examining the legacy of the Civil War, the weakness of institutions such as the church and education system, the exaggerated importance of family, the impotence of the law, and the isolation of the mountain folk, Rice gives new meaning to the origins and progress of the feud. These conditions help explain why the Hatfield and McCoy families, which have produced so many fine citizens, could engage in such a bitter and prolonged vendetta.

"A captivating account of two families whose stubbornness and loyalty were exceeded only by their capacity for a terrible revenge. Without a doubt, the Hatfield-McCoy feud will reign supreme as the most fascinating vendetta on the American scene." ( Southern Living)

After having watched the TV series of these two families, I wanted to hear what really made the families tick. I totally enjoyed his book, so much so, I listened to it twice. Lots I could remember from the series, plus added material.
Dick Hill read the story really well, making it all come to life.