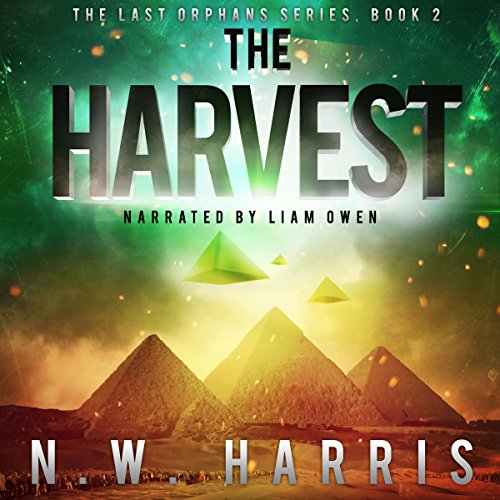 In the wake of the apocalypse, nobody is safe.

Shane Tucker and his friends thought they managed to save the world from the destructive machine that killed off most of its adult population. Unfortunately, a war nobody was prepared for has only just begun. Now they find themselves joining ranks with a secret organization that will train them to fight for the right to survive. Taking refuge alongside other teenage survivors in a hidden base set deep within the mountains, they will learn how to repel an imminent attack by an ancient race of aliens.

Determined to safeguard the children under their charge, Shane and his friends compete for the ultimate prize - a suicide mission against the flagship of the alien fleet. While Shane's feelings for Kelly deepen, along with his need to protect her, he finds emotions clouding his judgment. He'll gladly die for her. But he refuses to die with her. No amount of training can prepare them for what is to come. Everything the brave teenagers have endured thus far will be eclipsed, with the freedom of humanity hanging in the balance.

Take a deep breath before you start The Last Orphans Series. This action adventure series filled with cinematic science fiction action, end of the world apocalyptic events, and heart pounding thrills will leave you enthralled from beginning to end. Fans of The Hunger Games by Suzanne Collins and The Maze Runner by James Dasher will love this teen fiction series. With over 500 five-star reviews on Goodreads, this is definitely the series you should listen to next!

The Harvest is the second heart-pumping book in The Last Orphans Series by N.W. Harris.

What listeners say about The Harvest

Both books in the series were great.

Thumbs up for both book in the series. I wasn't sure at first with The Last Orphans, but I still loved it, and I loved The Harvest too!

wow. just wow this book never ceases to amaze me. I need book 3 and I'm questioning a lot now