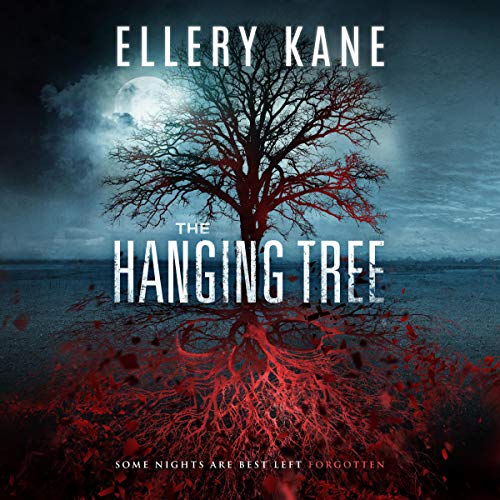 On her 13th birthday, newly orphaned Evie witnesses a brutal attack at the hanging tree. She wakes the next morning on a bus to Los Angeles, dazed, bruised, and desperate to remember. Her best friend died that night - she's sure of it. But there's no body, no crime scene, and no witnesses. Twenty-three years later, the whole night is still a blur. The murderer, a faceless, nameless man.

Fresh out of a stint in juvie, Butch kills a girl, strangles her. Twenty-three years later, he walks out of prison a free man. But a haunted one, the ghost of his past at his heels.

When another body turns up at the hanging tree - a girl, strangled - Evie is certain her lost memory holds the key. Can Butch help her find the faceless man? Or is he hiding the darkest secret of all?

I've just realized that I listened to this series out of order. Rats! Well I suppose it speaks to how good it was that I was able to follow along without missing much of anything and found the characters to be fully fleshed out and fascinating. This long novel was compelling from top to bottom, with a juicy mystery element I couldn't resist. I'd recommend this one to anyone who enjoys a murder mystery/thriller. All three narrators deliver an excellent performance!

Evie has no memory of a murder she knows happened but no proof a memory of the past comes back and she starts pieces everything back together this was so good thrilling and keeps you listening to find out what happens great narration.

Kristin James should have narrated the entire book. Her female parts were perfection and her narration of Butch made you believe that this guy was really good deep down despite his past. Brad Oxnamm’s portrayal of Butch made me not like the character at all. It felt like he was a geek who shouted the whole dialogue. The story was compelling though.

Loved the shifting point of view and all three narrators were excellent! Ellery Kane did a great job of switching scenes just as you're dying to know how the current one unfolds (frustrating but in a good way, y'know?) and I was really impressed with how Kristin and Eric switch their voices subtly between the old and young versions of their characters

Slow to start, but overall good

I found myself restarting this audiobook 3 times in order to get into it. It was slow to start and hard to really get invested in wanting to listen more. But, after I got through the first couple hours, the story started making sense.

The main characters are fairly obvious and there are several background stories going on. That’s what confused me at the beginning. Once I figured out the author’s writing style for this novel, it flowed much easier. The story vacillates between current time and the mid ‘90s.

I enjoyed the characters, especially the less than perfect ones. Some of the back stories are fabulous and full of depth. I can easily visualize many of the situations taking place. The last 4 hours of the book are my favorite. I was thoroughly involved in the story and the pace was much faster. The ending was a good surprise.

I gave 3 stars because of the slow beginning. Had I not revisited the book twice over, it would have gone in the unreadable stack. I’m glad I tried again and finally made it work. The last half I rate 4 stars.

The narrators do a fine job, especially the lead voice. She is great at differentiating between all the characters she has a role in.

I was given a free copy of this audiobook in exchange for my unbiased review.

Would Love to Hate This

This book had me on my toes, as the main character, Evie (aka Evil Evie) is trying to remember part of her childhood and the death of her best friend, which was twenty-three years ago. Her mind has blocked images of that terrifying night, so she does things such as hitch hike, to try to see it if will trigger a memory, which ends up only putting her in more danger. Evie, who was in the foster care system, after the death of both parents, later becomes a psychiatrist, who specializes in men, who have records for sexual indiscretions. Then one day, she comes across a childhood friend, Butch, who was just released from prison and who's roommate is in Evie's sexual class.......there are so many avenues and loops, that I found I could not quit listening to it, as I was afraid of where the next turn would lead to.

First I have to start off with saying that this book was given to me for free to read and to leave a review, this does not affect my perception nor my review of the book at all, as I am always truthful and honest in my reviews.

I do not normally get chills when listening to audible books, but this book had me in a sweat.

I listen to my books while I commute about 1 to sometimes 2 hours a day, and this had me terrified, but in an amazing way.

I could not stop listening, and even after my 1.5-hour commute, I stayed in my driveway listening on, not wanting to stop for the night.

The book itself is very well written, the performance by the narrator is what made it perfect.

Such an amazing overall novel!

I wanted to like this book more than I actually did. That isn't to say it wasn't good, I just expected more I think. The characters were all seriously flawed which is good. I think some of the logic in how the tale unfolded left me feeling unfulfilled. I really liked the way the story switched from the current time then to the past and how it developed from both perspectives. I thought the way both perspectives came together was less inspired. It felt to me that the conclusion was rushed.

The hanging tree is a psychological thriller that is creepy and dark and it will keep you hooked from start to finish. The narration is very good and pleasant. I have listened to a few books where I just couldn't stand a couple of the voices but this one is really pleasant. Most of the book was great till the ending , that's the only part I didn't really like. I was given this free review copy audiobook at my request and have voluntarily left my review.

The 12 hours long story is dark, very dark. 12 hours is a bit too long for the story in my opinion, I would have prefered 8 hours for this story-arc, but hey, I enjoyed it. I appreciate the writing style of the writer. The text seems to be written by someone clever, social, humorous and imagenative. By reading this book I really got to like to writer!

It was nice to have a couple of narrator´s. They did a good job, though I am not a big fan of Butch (Brad). One narrator did a great job: Kristin James. Somehow I wish she narrated the book all by herself. There are some minor shortcomings in the story, but not at all bothersome.

A good book overall! Intriguing writer! I am looking forward to her other books!

I do have to add: I was given this free review copy audiobook at my request and have voluntarily left this review.

This was an interesting listen. It was nice have the 2 main characters read by different people. Made it easier to hear the different parts.

It has a different ending to what you expect, which made it a nice difference.