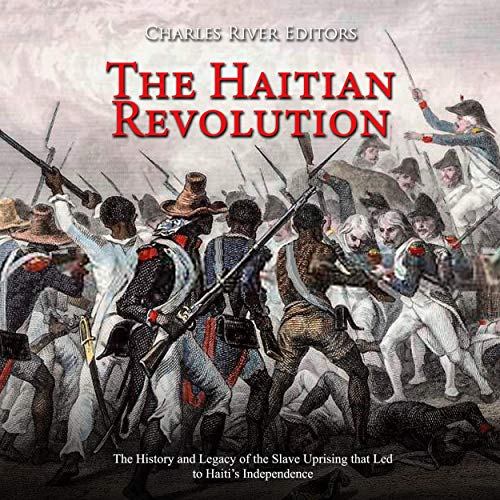 “I was born a slave, but nature gave me a soul of a free man....” (Toussaint L'Ouverture)

The island of Hispaniola is the second largest island in the Antilles chain behind Cuba, and host to the poorest nation in the Western Hemisphere. Haiti, covering the western third of the island, is a French-speaking territory while the Dominican Republic, which occupies the other two thirds, is a Spanish-speaking territory. The Dominican Republic, although classified as a developing nation, has never been struck to the same degree by the malaise of poverty, corruption of its neighbor, languishing in the lower 10 percent of nations ahead only of some of the most conspicuous failed states in Africa. Many historians and analysts have posed the question of why, and the answer seems to lie in Haiti’s uniquely tortured history.

Hispaniola entered the European record in 1492 when Christopher Columbus made landfall on its southern shore during his first trans-Atlantic voyage, and he named his discovery in honor of the Spanish Crown that had funded and sponsored the voyage. Leaving the crew of the wrecked Santa Maria on the island, he returned to Europe, leaving his men to establish the foundations of the settlement of La Navidad and the first beachhead of the European seizure of the Caribbean and the New World. Columbus would revisit the island three times, leading a vanguard of pioneer colonists to commence the exploitation of the New World.

The indigenous people of Hispaniola, the Tainos and Arawak, initially greeted the landing with ambivalence, but as more and more of them were enslaved, and as their country was occupied, they entered a period of precipitous decline. Through a combination of disease, the violence associated with enslavement and general assimilation, they had virtually disappeared from the landscape within a century. Meanwhile, as the Spanish colonists looked around them, searching for a means to exploit this great discovery, and as the occupation spread to the mainland and the interior of South America, the early search for minerals yielded to the establishment of a plantation economy, with an emphasis initially on sugar, and later cotton, coffee, indigo and other crops.

Thus, even by the 16th century, slaves were being imported to Hispaniola, and over the next few centuries, the population of African slaves came to represent a sizable majority of the population there. This would set the stage for one of history’s most unique revolutions. The Haitian Revolution: The History and Legacy of the Slave Uprising that Led to Haiti’s Independence chronicles how the only successful slave uprising came about, and why it ended French control of the island. You will learn about the revolution like never before.

What listeners say about The Haitian Revolution

I was a bit uncertain how the author could address the whole of the Haitian revolution in 2 hours. Well they didn't bother, 35 minutes about columbus then eventually shoehorn in 35 minutes about the actual revolution that seemed to suggest however bad white people were to slaves, slaves should not have responded negatively. Then the aftermath is basically suggesting the Haitian people would have done better to wait to be liberated as doing it themselves called all kinds of bother! I don't feel I know much more about the Haitian revolution I should have just read Wikipedia and avoided this rubbish attempt at history.