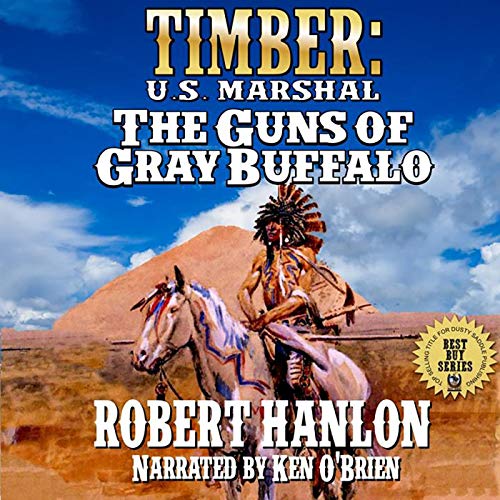 The Guns of Gray Buffalo

A brand Western adventure from the author of Clint Cain: The Texan Avenger!

Marshal Jake Timber has been tasked with collecting Gray Buffalo, an Indian accused of the murder of the president of a stage line, from Fort Collins and bringing him back to Denver for justice. Grey Buffalo's people aren't about to let him leave, however. They attack the fort in earnest, overwhelming both in skill and number the small attachment of greenhorn soldiers stationed there. Timber must be both marshal and army officer, as he teaches the soldiers how to fight Indians. Will Grey Buffalo be rescued by his tribe? Or will he be forced to face his destiny in front of the judge?

What listeners say about The Guns of Gray Buffalo

The guns of gray Buffa!lo

Great it is good audio

Book well read.
I really enjoyed this book. I will listen to in again.