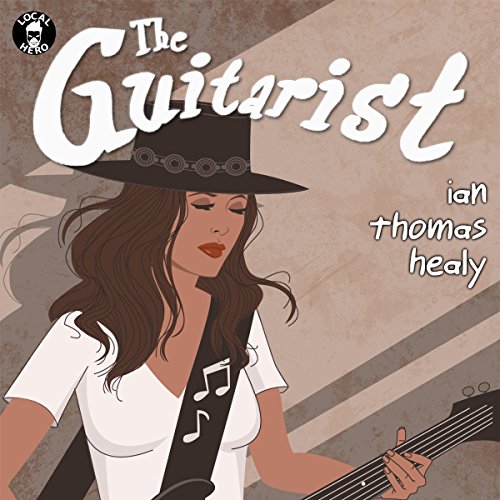 High school reporter Sherri "Bax" Baxter is content being an outsider, with a reputation as a nosy busybody among the students of Jericho High. Instead of friendships, she focuses on objective journalistic integrity, because it will get her out of the dead-end Texas oil town and into a prestigious journalism school, and she's pretty sure she's found her big story.

A new girl, Molly, has come to town with a mysterious sideways grin, a bolero hat, a well-loved guitar case, and the musical talent of legendary blues man Stevie Ray Vaughan. Two of the school's rival rock groups need her for the upcoming Battle of the Bands, but Molly has a plan to cherry-pick the best musicians out of each band to form her own super group. Both bands engage in an increasingly dangerous rivalry ranging from theft and vandalism to assault and kidnapping.

Who better to tag along with Molly and get every juicy tidbit than the intrepid school snoop? She might even make a few friends along the way.

This is one of those books that both teens and adults can enjoy. I’m at the far end of the adult scale, and I highly recommend it. When I first heard the high pitch of the narrator I was put off; only a short way into the story I changed my mind. She was definitely fleshing out the characters for me. I had no trouble telling which individual was speaking. Strong, intricate plot and character development, but the story didn’t get bogged down; it flowed. Highly recommended.

It was good...I think a little more suited to my daughter but I enjoyed it none the less.

This is a great audiobook about young adults/teens and an upcoming battle of the bands between two rival rock groups - loved the school reporter/journalistic aspect too. Molly is quite the character, her and Bax make quite the pair. I thought it was well written and well narrated, and I'd be happy to listen to more by both, really enjoyed it :)
I was given this free review copy audiobook at my request and have voluntarily left this review.

a nice book that I quite liked ... the book was good and very well writen for teens... i liked it... i think i need to give this book to my sister ..
a quite good book
I was given this free review copy audiobook at my request and have voluntarily left this review.