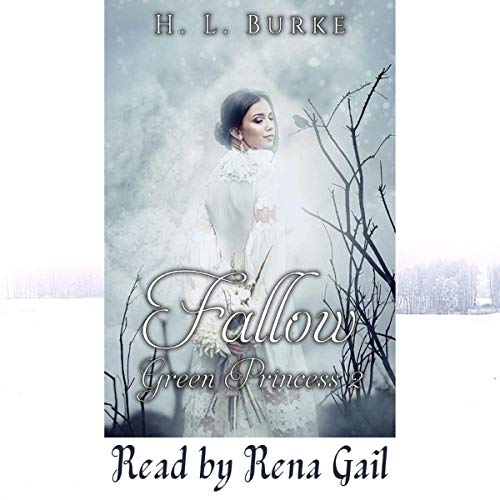 Joined by magic. Separated by kings. United in love.

Two years ago, Kit's blossoming plant magic put a target on her back and forced her to flee for her life, leaving her beloved Prince Bryce behind. Now established as the leader of the rebel flora magi, she clings to hope that they can be reunited. However, the arrival of the charming and persistent Regyn, heir to the supposedly extinct quickened magi, challenges her fidelity.

The events surrounding Kit's flight broke Bryce's heart and damaged his faith in his family. Now he buries himself in his work as a Keeper, hunting bandits in the wilds. He longs to find Kit again, though his uncle's magic prevents him from seeking her. Then his manipulative cousin, Crown Prince Langstyn, offers him a chance at a truce, but only if Bryce agrees to a political marriage. Angering Langstyn could cost Bryce everything, but how can he betray the vows he made to Kit?

As powers within the kingdom fight for dominance, Kit and Bryce are caught in the currents of schemes not of their making. Schemes that could bring them together - or tear them apart forever.

What listeners say about The Green Princess Trilogy

The narration is spot on. The story continues to escalate, and I can't wait to finish the trilogy.

Ad this trilogy continues the story continues to draw and hold the listener's attention.
I enjoy the narrator very much!
I am really enjoying this series!

Outstanding! Just as good as book one if not better!

The first book in The Green Princess Trilogy is a must if you are planning to read book 2 (Fallow)! I love how the author weaves such a complex story with great well developed characters.

Narration was excellent and brought the story to life.
Rena’s voice is so pleasant and I enjoy how she changes her voice to fit each character.

The story gripped my attention from beginning to conclusion. I felt so many emotions and the twists and turns kept me guessing what would happen next! This was a wild rollercoaster ride which I enjoyed every second of it!

This is one of those books that the more you read the more hooked you get and the book gets better and better with each chapter! I’m so looking forward to book 3!

Even better than Book One!

I enjoyed the first book in this series, but I think I liked Fallow even better! I liked seeing how Kit and Bryce have matured and grown during their time apart and found places in their new communities. The uncertainty surrounding their relationship was easy to sympathize with, and I was intrigued by the additional tension introduced by Regyn. It seems I'm a sucker for a good love triangle :) Plus the quickened magi were a fascinating group to get to know. Things got really intense at the end, and I can't wait to see how it all plays out in the next book!

The narrator did a great job bringing the story to life. Her voice was pleasant, and I liked how she differentiated between characters. I got a lot done in the midst of this book so I had an excuse to keep listening!

*I voluntarily reviewed a complimentary copy of this audiobook.*

ANOTHER WONDERFUL PART 2 IN THIS SERIES!
THE ADVENTURE CONTUNUES WITH THE PRINCE AND HIS FEARLESS BRIDE!
IS THIS SERIES BEING BROUGHT OUT IN A BOXED SET?
I CANNOT WAIT!