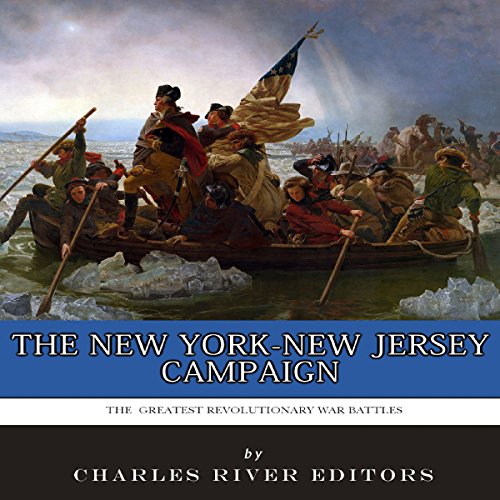 By: Charles River Editors
Narrated by: Michael Gilboe
Try for $0.00

After the siege of Boston forced the British to evacuate that city in March 1776, Continental Army commander George Washington suspected that the British would move by sea to New York City, the next logical target in an attempt to end a colonial insurrection. He thus rushed his army south to defend the city.

Washington guessed correctly, but it would be to no avail. Unlike Boston, New York City's terrain featured few defensible positions. The city lacked a high point from which to launch a siege, as the peninsula of Boston was fortunate to have. Moreover, Washington wasn't sure defending the city was necessary, hoping that an expedition launched toward Quebec, like the one Benedict Arnold had led in late 1775, would keep the British away from New York anyway. However, Congress thought otherwise, and demanded that Washington defend New York.

Washington thus did what he was told, and it nearly resulted in the army's demise. In the summer of 1776, the British conducted the largest amphibious expedition in North America's history at the time, landing over 20,000 troops on Long Island. British General William Howe, who had led the British at Bunker Hill and would later become commander-in-chief of the armies in North America, easily captured Staten Island, which Washington was incapable of defending without a proper navy. Washington's army attempted to fight, but Washington was badly outmaneuvered, and his army was nearly cut off from escape. The withdrawal across New York City was enormously disorderly, with many of Washington's troops so scared that they deserted. Others were sick as a result of the dysentery and smallpox plaguing the Continental Army in New York.

When choosing a narrator for a military history course, please ensure that he can at least pronounce common military terms. His continued mispronunciations were quite annoying throughout the entire course and distracted from what otherwise would’ve been a good brief history.