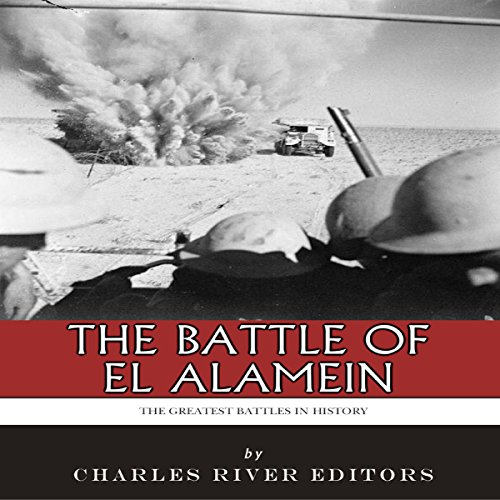 The Greatest Battles in History: The Battle of El Alamein

"The desert was quivering with heat. The gun detachments and the platoons squatted in their pits and trenches, the sweat running in rivers down their dust-caked faces. There was a terrible stench. The flies swarmed in black clouds upon the dead bodies and excreta and tormented the wounded. The place was strewn with burning tanks and carriers, wrecked guns and vehicles, and over all drifted the smoke and the dust from bursting high explosives and from the blasts of guns." - Cecil Ernest Lucas-Phillips

The United States began 1942 determined to avenge Pearl Harbor, but the Allies, now including the Soviet Union by necessity, did not agree on war strategy. In 1941, both the Germans and British had moved armies into North Africa, where Italy had already tried and failed to reach the Suez Canal. The British sought American help in North Africa, where British General Bernard Montgomery was fighting the legendary "Desert Fox", General Erwin Rommel. At the same time, Stalin was desperate for Allied action on the European continent that could free up the pressure on the besieged Soviets. Roosevelt eventually sided with Churchill and decided to land American forces on North Africa to assist the British against Rommel, much to Stalin's chagrin.

With the Axis forces trying to push through Egypt towards the Suez Canal and the British Mandate of Palestine, American forces landed to their west in North Africa. This ultimately compelled Rommel to try to break through before the Allies could build up and overwhelm them with superior numbers.

What listeners say about The Greatest Battles in History: The Battle of El Alamein