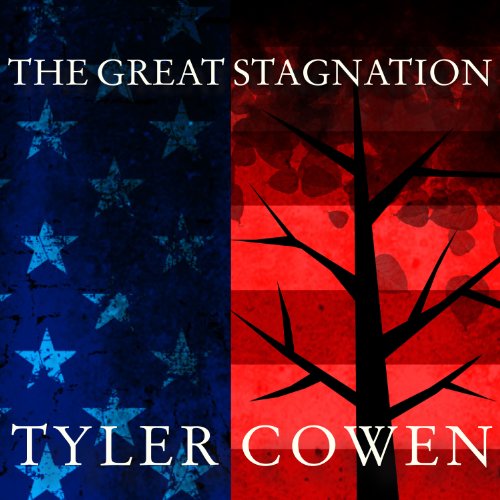 By: Tyler Cowen
Narrated by: Paul Boehmer
Try for $0.00

America has been through the biggest financial crisis since the great Depression, unemployment numbers are frightening, median wages have been flat since the 1970s, and it is common to expect that things will get worse before they get better. Certainly, the multi-decade stagnation is not yet over. How will we get out of this mess? One political party tries to increase government spending even when we have no good plan for paying for ballooning programs like Medicare and Social Security. The other party seems to think tax cuts will raise revenue and has a record of creating bigger fiscal disasters than the first. Where does this madness come from?

As Cowen argues, our economy has enjoyed low-hanging fruit since the 17th century: free land, immigrant labor, and powerful new technologies. But during the last 40 years, the low-hanging fruit started disappearing, and we started pretending it was still there. We have failed to recognize that we are at a technological plateau. The fruit trees are barer than we want to believe. That's it. That is what has gone wrong, and that is why our politics are crazy. Cowen reveals the underlying causes of our past prosperity and how we will generate it again. This is a passionate call for a new respect for scientific innovations that benefit not only the powerful elites, but humanity as a whole.

What listeners say about The Great Stagnation

Not much here was a huge revelation for me, but it helped me to organize my thoughts on how we got here, where we are, and where we need to aim, as an economy and as a culture. The amazon book reviews provide plenty of detail.
The brevity really works. I read SO many books I wish were edited down to this length. I'm willing to pay more per hour for that kind of professionalism!

More people need to internalize this!

This is an important message that more people should understand. We are in an era without the low hanging fruit of times past. Excellent book!