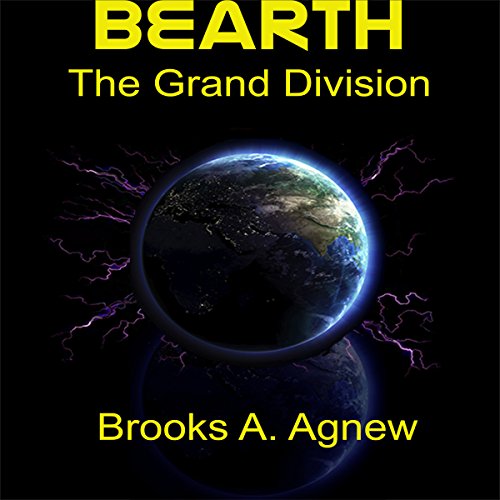 Volume two of the best-selling Bearth Trilogy continues as the listener discovers a true story unfolding around him in real time. Billions of intelligent spirits have made the arduous journey from every quadrant of the universe to be alive on Earth at this time. Some are born to commit unspeakable acts of evil.

Some came here to personally advance and live during this amazing time of planetary transition. Others don't belong here and don't need to be here, and yet they came by the thousands to help the rest of mankind make it through mortality. You know who you are. The white knuckle ride continues as the lower and higher frequency Earths are now nearing the equinox of separation.

Seven billion people hang in the balance during the Grand Division, as evil makes one last attempt to harvest the souls alive on the planet. No one can deny the gluttony and corruption the elites have perpetrated against the family of mankind. But all is not lost, as here and there around the world are pockets of light and hope. Is it enough to save the souls of mankind? In the mean-time, President Riker's heroic team of misfits battle agents of the Nephilim to prevent a terrorist plot of epic proportions.

The future of the universe is being created by the intelligent souls living on Earth right now. The choice is still yours as to whether we march inexorably down the eschatological trail to Armageddon, or you choose a different future. This is the book that could open your eyes to the power of your personal choice. Choose well. Listen to the book.

What listeners say about The Grand Division

This is the perfect book for right now. I am 2 chapters in and it's amazing!

thank you for this book ! I really enjoyed listening to this very interesting story

I have completed listening to Bearth 1 audio and Bearth 2 of the Bearth Trilogy. Bearth 2 is twelve hours of blockbuster entertainment. Dick Daring is an awesome racer. His character is spot on. Agent Smith is the best agent to ever grace the screen. Words fail me on the female rolls and names because I am deep in the adventure and they are awesome. Can you fight the forces of darkness, save the world 🌎 and fall in love 💘 on a deep level at the same time? We all do.

I really enjoyed this book, its happening right now at this time, highly recommended

In the quest for the souls of mankind the evil gods continue to tempt men with power and hate while the President encourages people to turn to the power of love to survive and evolve on the new earth.