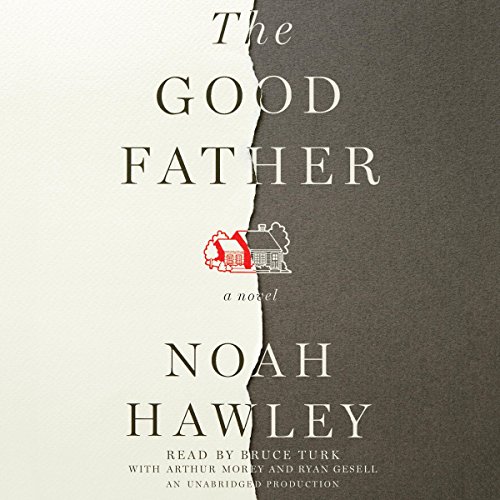 From the award-winning creator of the TV show Fargo and author of the best seller Before the Fall, an intense, psychological novel about one doctor's suspense-filled quest to unlock the mind of a suspected political assassin: his 20-year-old son.

As the Chief of Rheumatology at Columbia Presbyterian, Dr. Paul Allen's specialty is diagnosing patients with conflicting symptoms, patients other doctors have given up on. He lives a contented life in Westport with his second wife and their twin sons - hard won after a failed marriage earlier in his career that produced a son named Daniel. In the harrowing opening scene of this provocative and affecting novel, Dr. Allen is home with his family when a televised news report announces that the Democratic candidate for president has been shot at a rally, and Daniel is caught on video as the assassin.

Daniel Allen has always been a good kid - a decent student, popular - but, as a child of divorce, used to shuttling back and forth between parents, he is also something of a drifter. Which may be why, at the age of 19, he quietly drops out of Vassar and begins an aimless journey across the United States, during which he sheds his former skin and eventually even changes his name to Carter Allen Cash.

Told alternately from the point of view of the guilt-ridden, determined father and his meandering, ruminative son, The Good Father is a powerfully emotional pause register that keeps one guessing until the very end. This is an absorbing and honest novel about the responsibilities - and limitations - of being a parent and our capacity to provide our children with unconditional love in the face of an unthinkable situation.

“The father of a man who assassinates a presidential candidate tries to make sense of his son’s crime in Hawley’s gripping new novel.…With great skill, Hawley renders Dr. Allen’s treacherous emotional geography, from his shock and guilt to his growing sense that he knows far less about his son than he thought.…Hawley’s complicated protagonist is a fully fathomed and beautifully realized character whose emotional growth never slows a narrative that races toward a satisfying and touching conclusion.” ( Publishers Weekly)
“ The Good Father is hypnotic and haunting and I lost all track of time when I was reading it. Suddenly the day had become night and still I was engrossed in one father’s poignant story and Noah Hawley’s mesmeric tales of a long litany of assassins.” (Chris Bohjalian, author of The Night Strangers, The Double Bind, and Secrets of Eden)

What listeners say about The Good Father

You'll make up reasons to drive

Couldn't get through it

I loved "Before the Fall" but this book fell short
Not horrible...and good narrator....but just didn't hold my interest

Started out compelling but lost steam in the middle

Spent too much time reviewing other assassinations in history..started out compelling but eventually lost steam through the middle but the ending was satisfactory. Narrator was very good.

Too much time spent on previous assassin/attempted assassins. I wasn't looking for a history lesson. A bit of a disappointment.

WHEN IS A PARENT RESPONSIBLE FOR KID'S DECISION?


Noah Hawley examines the emotional trauma that twists the lives of family and friends when the unimaginable, if not the impossible, becomes reality. How does a father and mother retain their balance when their child’s face flashes on the screen in a breaking news report as the primary suspect of a possible terrorist attack on a presidential candidate.

Hawley develops his story with sensitivity and compassion within the larger reality of the civil and moral society in which we must live. In addition to the emotional journey which explores the questions of Could he? Did he? and WHY?, political assassinations in the modern world are reviewed.

For parents, the inevitable question becomes a dark shadow. What did I do wrong as a parent? Is this my fault. The author’s development of the process of examining the determined clinging to denial keeps the reader in suspense. There is a hint at another question to be pondered. When does the parent’s continued pursuit of grasping at straws in the name of saving my child become finding a way to exonerate the parent. The book has suspense and tragedy and raises questions of morality in families, politics and society.

Starts great then Slows to a Stutter

Would you try another book from Noah Hawley and/or the narrators?

This is my first time reading Noah Hawley....I might give him another try...maybe....probably not.

Disappointed with the last half of the novel - the plot line completely slowed, almost to a stop, and became the narrator's psychological self-examination and ruminations, which were even repetitive down to the same sentence within a few paragraphs at times.

The performance was average. Perhaps somewhat emotionally distant, which did not help with the plot line either.

Was The Good Father worth the listening time?

I've listened to over 200 audiobooks and this was one of maybe 3 that I've ever considered not finishing.

Disappointing. The novel starts off with great storyline premise but gets lost in the father's self psycho-analysis half way through.

It was a good ending. I felt it was satisfying and wrapped it up nicely.

This book is one of the most touching and wonderful books I’ve ever read. Nothing more to say.

What I like most about Noah Hawley is how he imbues his characters with their own unique and complex humanity. Their actions do not seem to simply be plot devices as they could, but rather intricate aspects of their personalities. There is more vulgarity than I am comfortable with and the frat house chaos was graphic and seemed more descriptive than necessary. I loved the way that the assassination histories were woven in as "case files". I think they added a richness to the characters.

This could have easily been a book about gun laws, full of anti-firearm sentiments, but I felt as though guns were only a piece in the puzzle of frayed souls of the men and women that took them up with the intent to harm. I left this book feeling a catharsis and a healthy burden to love those around me and express deep gratitude for the resilience of the human spirit and rich power of connection.