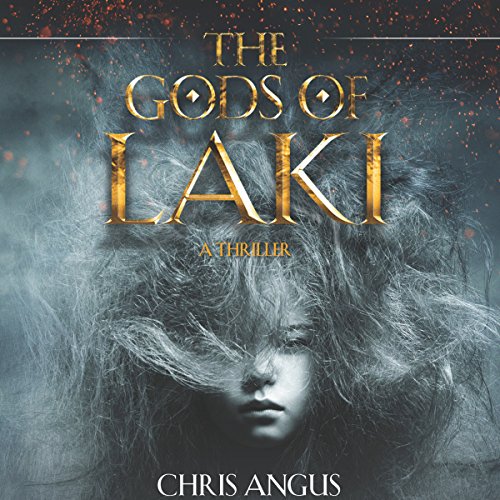 The Gods of Laki

By: Chris Angus
Narrated by: Molly Elston
Try for $0.00

From the author of Flypaper comes an adventure about mysterious underground volcanic forces and a savage plot to alter the Earth's climate.

A race to unveil the secret of Laki, a volcano on the southern shores of Iceland, pits our heroes - a 16-year-old Viking girl from the tenth century, a German geologist from World War II, and a former Secret Service agent protecting a female volcanologist - against evil forces with a plan to cause an eruption using explosives, altering the global climate through the release and forcing the price of oil to skyrocket.

Everyone and everything on Laki is in danger, including the possibility of ever unraveling the mysteries of the place, as it faces burial beneath a carpet of lava flows. Caught underground by the fracturing physical breakup of Laki, everyone finds themselves ensnared by Laki itself - an unseen, implacable foe that seems everything but a benign presence. Every move they make appears to be guided and controlled by an intelligence that permeates the netherworld.

Only gradually, through all the conflict between the various factions, does everyone begin to realize that it is Laki itself that has always been in charge.

What listeners say about The Gods of Laki

Liked the overall story, though at times it was hard to follow.
Impossible science, religious references, evil character from Iran (didn't care for that).
If you are catholic, you might be offended.
Lots of action.