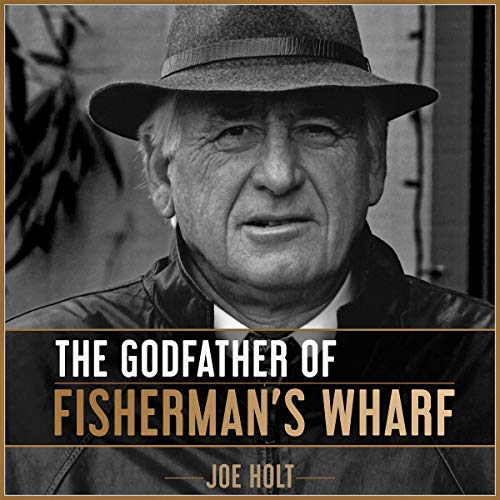 The Godfather of Fisherman's Wharf

Tony is my appointed godfather. Over a period of time, he has relayed stories about himself and his family to me. To know him and to have listened to these stories, one realizes that these American people have undiluted Sicilian blood coursing through their veins.

Tony is a man to be admired; To say that he is a simple man would be a conundrum. He is an imposing figure. A man in his seventies, showing determination and pride in his being. His physical appearance is most impressive, a well-dressed, good looking man with strong character lines etched in his face, exuding a commanding presence. His erect posture and carriage belies his seventy plus years.

Throughout the book I have tried to use Tony's own words as much as possible. In the spirit of truthfulness, I will disclose the following fact. The first several chapters of this book are not entirely based on facts, but instead, historical probability.

The Godfather’s Parents who are currently in their mid-90s in age, were being asked to recall stories from their childhoods, that their parents had told them. There tends to be too many salient details lost over time, to accurately portray second or third hand stories from over 100 years ago. So, we didn't try. As the family arrives in Monterey California, the stories are the Godfather’s. Although I can't reproduce his strong Sicilian accent, I am hoping to impart the strong Sicilian essence in his story.

This book was written to preserve, if even in a small way, the legacy and incredible stories of one of the American immigrant families that came to this country via Steam Ship around the 1900s. They arrived at a time when this country was just beginning to bloom, and was then hit with two World Wars. They stepped up, served their country, and built lasting legacies here by hard work and grit. They paid their taxes and didn't ask for handouts. They didn't resort to a life of crime.

What listeners say about The Godfather of Fisherman's Wharf