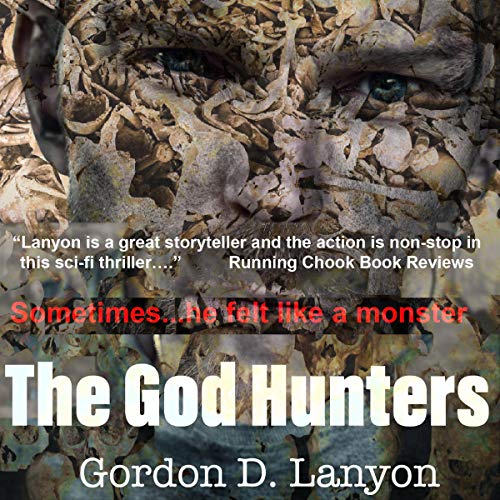 By: Gordon Lanyon
Narrated by: Samuel Shoemaker-Trejo
Try for $0.00

The God Hunters by Gordon D. Lanyon is a high-action thriller, set in a near-future Earth, with occasional incursions from a superior race of aliens who inhabit human bodies to hunt for sport. It is about to ramp up because a leading member of the ruling council on the alien HomeWorld has gone rogue and is threatening to destroy Earth.

Nicholas Benson is a university professor and plain, ordinary guy just out for a good time. The alien Katel is a hunter, a Tik, whose abilities allow her to travel through the multiverse. She’s hunting an escaped criminal who used to be a leading member of the ruling council on HomeWorld.

The trouble is, she needs a body, and Nick has the only one available. It’s a weak, human body, however, so she changes it; makes it stronger. Now, Nick has powers. He can do things he’s always dreamed of doing as a boy. The trouble is, so can his enemies, and none of them appreciate being hunted.

Nick would like to walk away but he can’t. The alien sharing his body has powers, as well, and she’s not willing to give up the hunt so easily. Whether he likes it or not, Nick’s a hunter now with a murdering mastermind to find.

What listeners say about The God Hunters