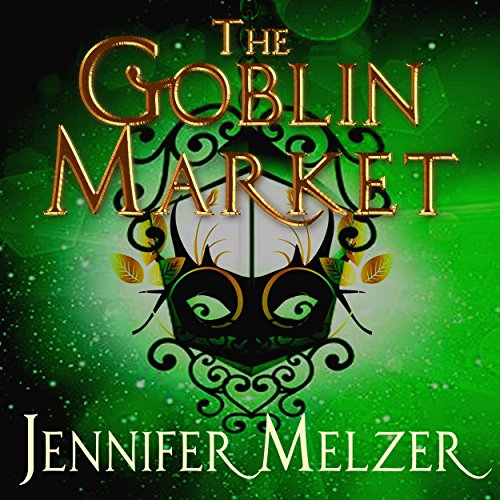 By: Jennifer Melzer
Narrated by: Sarah Pavelec
Try for $0.00

Beyond the Goblin Market lies the remains of a lost and broken kingdom divided by war. The war has been over for centuries, but the kingdoms still stand apart, overrun by a creeping goblin darkness known as the Darknjan Wald. It has been written that only one holds the power to destroy that darkness and reunite the kingdoms, but she has no memory of her former life.

Meredith Drexler must save her sister, Christina, from the wicked goblin king, Kothar, who has kidnapped the girl in order to convince Meredith to uphold an ancient commitment Meredith doesn't remember making. Sent Upland disguised as a human child, she has no recollection of her former faerie life, or her uncle's promised marriage betrothal to Kothar.

When she ventures back Underground in search of Christina, every step Meredith takes brings memories of her forgotten past back to the surface. As the pressures of her former life entangle with her quest to save her kidnapped sister, Meredith's predetermined fate is revealed. Will she embrace it, or walk away forever from a life she barely remembers as her own?

What listeners say about The Goblin Market

The Voice work was excellent. her use of tone and accent helps to distinguish each of the characters give me. as well for a clear and decisive English Narrative of the goblin Market.
although I couldn't help to make comparisons to the Labyrinth it is far different and much darker. a darker tone of this kind of fancy story is not unwelcome, as matter of fact I loved it. I can't wait to see what else both the narrator and the author that participated in the goblin Market we'll have to offer next time around.