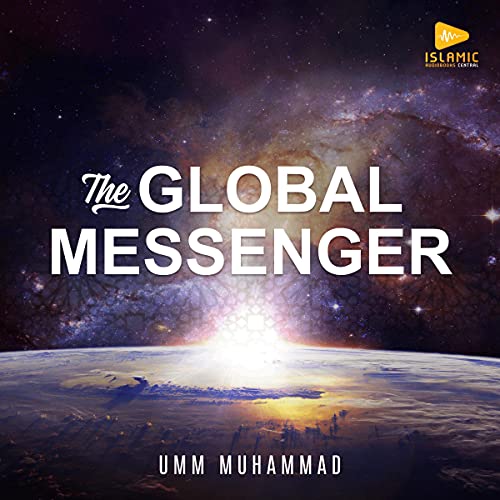 Focusing on the personality of Muhammad and his global mission, this audiobook acquaints the listener with the man who is loved so much by some and misunderstood so much by others. It addresses questions such as:

Umm Muhammad is an Islamic author who is well-known across the globe. Hailing from Southern California, she grew up in a family of atheists but became a Muslim after her open-minded study of Arabic and Islam. Her works number over 80, including one of the most widely circulated English translations of the Qur’aan, a collaborative effort with other writers under the brand Saheeh International.

What listeners say about The Global Messenger

An excellent audiobook that provides a quick overview of Prophet of Islam; his life, his character and accomplishments.

You may not be able to guess from her name, but the author is an American convert to Islam and she places a strong focus on explaining Islam through the Sunnah (sayings, deeds and approvals of the Prophet) side-by-side with the Qur'aan.

A remarkable feature of this book is that it establishes a common ground with the reader right from the start. Explanations of a few key Islamic terms appear right at the beginning so the listener does not get puzzled by them as the book progresses.

While discussing Prophet Muhammad's life story, the author reflects on several hot topics like jihaad and the authorship of the Qur'aan utilising a completely rational and evidence-based approach. She concludes her book with some observations on Islam as a whole, as well as on the Prophet and the Qur'aan.

In general, I would recommend this audiobook to listeners with the slightest interest in religion, history or influential figures as well as to new Muslims. In addition, anyone who has encountered negative portrayals about Prophet Muhammad (peace be upon him) but is sufficiently open-minded to consider hearing the other side of the story would also benefit greatly from it.