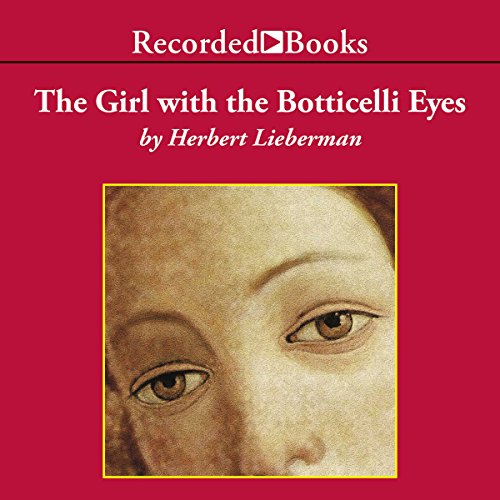 The Girl with the Botticelli Eyes

The Girl with the Botticelli Eyes

Herbert Lieberman has attracted a dedicated and enthusiastic audience with his best-selling thrillers. In The Girl with the Botticelli Eyes, he combines a tantalizing romance, a ruthless struggle for power in the art world, and a villain reminiscent of The Silence of the Lambs.

Michael Manship, the curator of the Metropolitan Museum in New York, is trying to locate the final drawings for a show that will be the crowning jewel of his career: a complete collection of Botticelli’s work. Arranging the festivities for the opening night, he locates a lovely young woman who is a direct descendent of the classic Primavera model. But as Manship puts the finishing touches on the exhibit, a madman plans to destroy both the beautiful woman and Botticelli’s priceless canvasses.

Read by veteran narrator George Guidall, Lieberman’s novel will capture you from the very first sentence. The interplay of dark suspense, literate plot, and graceful language creates a mesmerizing world that will linger in your memory.

I'm wondering if there is some kind of writer's contest out there that gives awards to the person who can create the most insane bad guy. This is a good mystery. I liked it. I like the main character, a museum curator. I liked the travel and the history. I liked the smart, independent love interest. And I skipped maybe 5% of the book because I don't need to know how insane the bad guy is. I don't want to listen to the gore. I would have given this at least four stars, but I'm reducing it just because I don't want to read how creatively people can destroy other people.