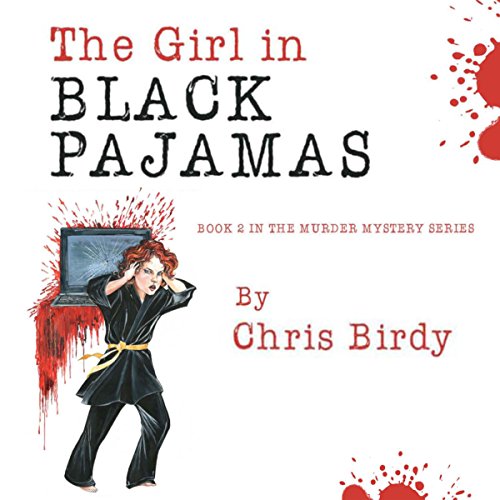 The Girl in Black Pajamas

R&B Investigations is under attack. Their employee is shot in the back as he enters the building, and a hacker is trying to compromise their secure network. While the Boston police investigate the shooting, Bogie McGruder needs to find the culprit who is trying to put them out of business. Bogie and his partner Rose Jones can't disclose their Internet problems to the cops since Bogie is a hacker himself. Bogie McGruder returns to Boston with his four-year-old daughter Isabella. He joins up with Rose Jones' uncle Walter, who is fresh from Lompoc Prison. Bogie and Walter strengthen their firewalls while they try to determine who is behind the invasion.

As the R&B team hones in on the culprit, they uncover several murders and discover a plot to wipe out the financial institutions in Boston. While Bogie is in Boston, his extended family in Palm Beach becomes enmeshed in a sex scandal that threatens to ruin lives and careers in the Palm Beach Sheriff's Office. Feeling like a wishbone about to snap, Bogie tries to handle problems in both cities while Isabella continues her quest for someone to teach her the Five-Point-Palm-Exploding-Heart technique as seen in Kill Bill Volume 2. This tale of murder, revenge and greed takes the listener on a whirlwind trip from Boston to Palm Beach and back. Buckle your seatbelt!

What listeners say about The Girl in Black Pajamas

A GREAT STORY DEFINITELY NOT FOR CHILDREN

What did you love best about The Girl in Black Pajamas?

IT WAS WELL-WRITTEN AND WELL-TOLD. THE IDEA OF HAVING A CHILD IN AN ADULT STORY WAS VERY INTERESTING.

What other book might you compare The Girl in Black Pajamas to and why?

THE GIRL IN WHITE PAJAMAS - IT WAS THE FIRST BOOK IN THE SERIES. THE MAIN CHARACTERS WERE INTRODUCED IN THAT ONE.

HE HAS A GREAT VOICE - DEEP AND PROFESSIONAL.

EVEN THOUGH IT WAS A SERIOUS STORY IT HAD SOME VERY FUNNY PARTS.

ANOTHER GREAT STORY IN THE PAJAMA SERIES

What made the experience of listening to The Girl in Black Pajamas the most enjoyable?

Jim Tedder nailed Bogie McGruder. He brought the character to life and showed him as a man who could just as easily snap a man's neck as hold his child in his arms.

The dynamics of a newly formed family with the parents who felt guilt over neglecting Isabella for her first three years and over-compensated by indulging her. Isabella ran roughshod over them dressing as she pleased and watching Kill Bill.

Isabella and Darryl being followed by a limousine and then chased by that vehicle.