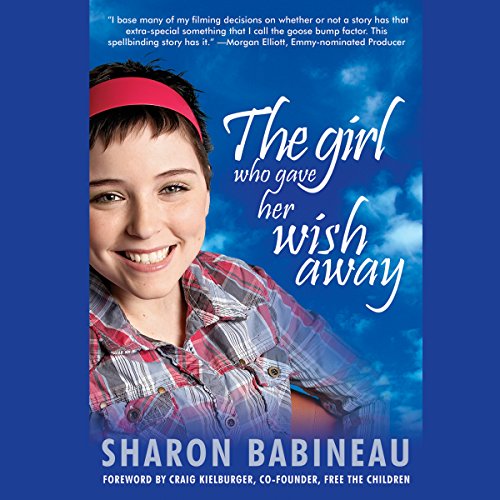 The Girl Who Gave Her Wish Away

The Girl Who Gave Her Wish Away

When the Children's Wish Foundation approached lovely 13-year-old Maddison Babineau just after she received her cancer diagnosis, they offered her the wish of a lifetime. You can do anything, they said: A Disney cruise? The chance to meet your favorite movie star? A $5,000 shopping spree?

To those who knew her, it came as no surprise that none of these things were on Maddie's wish list. But she did know exactly what she wanted. She had been moved to tears after watching a television program about the plight of orphaned children in an African village whose suffering was made all the more tragic because of inadequate shelter, lack of food, and clean drinking water. Maddie's wish? To ease the plight of these children, halfway across the world.

With the money from the foundation, Maddie built the village orphans a shelter and a school, and she provided food and clean water. But this was just the start. Despite being bedridden, and then hospital-bound by her disease, until her dying day Maddie became an indefatigable fundraiser for her children. Maddie was recognized, in life and posthumously, with a number of awards, honors, and memorials. But, until the end, all that was important to her was providing hope and future to the village children who had filled her heart.

a Book with a big heart

A wonderful book shower the love and very special dying. with cancer and great pain thought of others by sharing her wish.
The power of a mon and daughter.