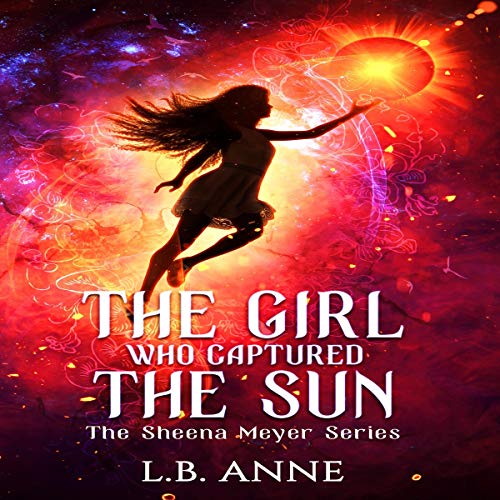 The Girl Who Captured the Sun

She believed in angels. Soon everyone will.

Is one gleamer enough to confront the Murk head-on in this third installment of the Sheena Meyer series?

In The Girl Who Spoke to the Wind, Sheena fought against thoughts of fear and defeat - mind games used by the Murk to make her lose hope. She and her friends faced Luke Tobias and risked their lives to save Dingy and the missing children. But it's clear the fight against the Murk has just begun. Sheena sees the Murk everywhere - at her school dance and in her classroom. Only this time, someone else sees it, too.

If angels are with her, Sheena can't tell. She hasn't received a text or any form of contact from her angel. It worries her so much that she's having nightmares and believes she is no longer a gleamer. She turns to the Lumen for answers, the strange book left to her by Mr. Tobias. It's written in a language only she can decipher and unfolds a destiny she's not ready to accept. At that back are blank pages that fill as the Murk gets stronger.

When the Murk can't get to Sheena because of her guardian, it releases something terrifying, and Sheena fears there's no hope. Can she figure out what the "brilliant light" is that the Lumen speaks of in time to save her friends?

The Girl Who Captured the Sun is the third book in the Sheena Meyer adventure series. It's a perfect fit for listeners who love fast-moving thrillers with memorable characters.

What listeners say about The Girl Who Captured the Sun

This book was very satisfying and full of twist and turns. I would recommend this series for any age. It is encouraging and fun. The characters develop a lot and show friendship in a realistic way.