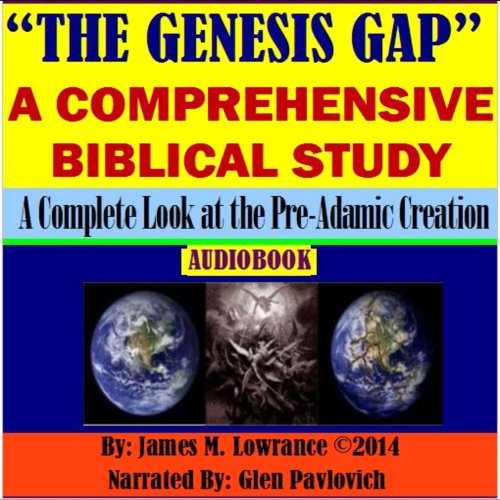 By: James M. Lowrance
Narrated by: Glen Pavlovich
Try for $0.00

This resource is comprehensive from the biblical perspective, on the subject of an earth created by God that predates the one that was later created to be Adam's domain. This teaching which is derived from many passages of both the Old and New Testaments is one of ongoing controversy however; many who study the Holy Bible are very interested in knowing what it actually reveals in regard to God's creation and the age of the earth and universe.

In many cases, those who disagree with this well-substantiated doctrine, have not actually heard or read a detailed presentation of it or they are mistaken regarding the basic aspects of it (i.e. it is confused with the "day-age theory", it is thought to be a compromise of the scriptures to compete with “the theory of evolution” or that it is scripturally out-of-context).

This audiobook resource covers all important aspects of this intriguing Bible subject, with each point of truth being solidly confirmed by the Holy Scriptures. The attentive reader will find that scriptural-backing for each aspect of the teaching, is not taken out-of-context but agrees completely with what God’s Word actually reveals in regard to His awesome creation.

What listeners say about The "Genesis Gap"

I really thought the book was well researched and very convincing about the fall of Satan. It helps you to think outside of the box of traditional teaching.